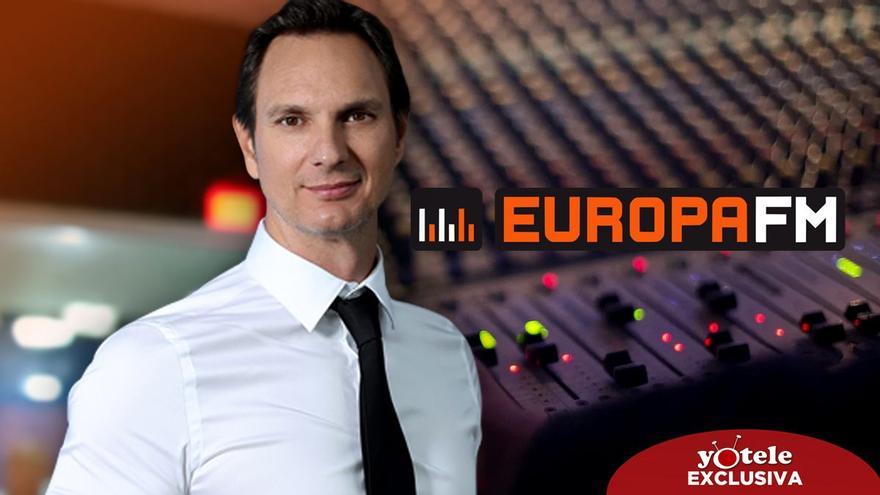 Earthquake on music radio. Europa FM has fired Javier Cárdenas in a sudden way, as he has known in exclusive YOTELE. This portal has learned that Atresmedia Radio has unilaterally decided to dispense with the head of its morning show.

The station’s management announced last week to the presenter of ‘Levántate y Cárdenas’ that He was not going to renew his contract for the next season. Although his final departure was initially scheduled for the middle of next July, the decision has finally been made to hasten his departure immediately, almost two months ahead of schedule. Today, Monday, May 24, was his last program.

From tomorrow Tuesday, Juanma Romero will take over the station’s wake-up space temporarily until it is decided who will take charge of it from September. Until now, the announcer was in charge of presenting ‘Me pones más’ in the evenings of Europa FM.

In this way, Javier Cárdenas closes an important professional cycle of more than 11 uninterrupted years, ending abruptly and out the back door.

According to the information to which this portal has had access, Atresmedia expels him unilaterally under a signed clause in the agreement with the presenter that allows them to conclude the agreement in advance.

There are several the reasons that precipitated Atresmedia’s decision to immediately expel Javier Cárdenas. From the outset, the huge audience crisis that crosses its space (coinciding with the start of the broadcast of its program on TVE), which has gone from obtaining 1,119,000 listeners in the EGM (General Media Study) of April 2017 to only interest 470,000 in the same month from 2021. In four years it has lost more than half of its faithful.

In addition to the significant loss of listeners in the space, numerous controversies that Catalan has starred in during this time. Javier Cárdenas has used the Europa FM antenna to pour controversial opinions and bizarre theories on very sensitive topics, usually with no rigor, which have caused numerous complaints and deep discomfort in Atresmedia.

Both in the radio program that he has directed to this day and in ‘Hora Punta’, which he presented on TVE for two seasons, came to assure that vaccines were linked to the increase in cases of autism, something strongly denied at the time by the scientific community.

On public television too came to ensure that hurricanes were created on purpose by man and he gave credit to hoaxes as that the psychological characteristics of a person can be guessed by the features of his face, among other questions far from reality.

The controversial charity auction of his house and a false remedy for the covid, his latest controversies

In February 2020, Javier Cárdenas was involved in the controversial auction of his house for alleged charitable purposes, which he promoted both on his Europa FM radio space and on the television of TVE.

The last garden in which the Catalan presenter has entered and which has filled the patience of the Atresmedia management, occurred a few weeks ago, after publicize a false remedy to combat covid.

According to the information to which this portal has had access, Cárdenas has been trying to get into a media outlet for some time since September. However, it seems that the door is being closed for practically all the large publishing groups in this country.