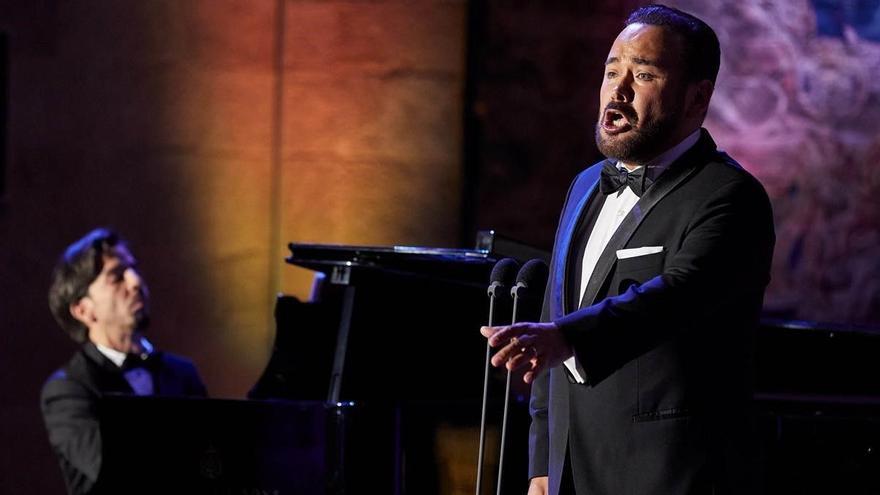 Javier Camarena, considered one of the best tenors in the world, joins this week the 38th International Music Festival of the Canary Islands with two recitals in the two capital auditoriums. The Mexican artist is one of the prestigious soloists who coincide in this edition, claimed on all stages for the elegance of his voice, the beauty of his sunny timbre and a natural virtuosity. The Canarian public will have the opportunity to listen to him this Thursday 20 in Gran Canaria and on Sunday 23 in Tenerife.

Recognized in 2021 by the International Opera Awards as best male singer of the year, the tenor arrives in the Canary Islands after opening the season in Spain, where he has just performed at the Gran Teatre del Liceu in Barcelona, ​​accompanied by his usual pianist, Ángel Rodríguez. "It is a great fortune, given the current circumstances, that it is becoming almost a tradition to start another year with a tour of recitals in my beloved Spain", declared the singer himself.

The recital that he will give in this edition of the FIMC is made up of two large blocks. It starts with pieces from the French romantic repertoire, such as Prendre le dessin d'un bijou… Phantaisie aux divins mensonges, from the opera Lakme by Léo Delibes, which poses great technical challenges, and an aria by Manon, the Instant charmant… En fermant les yeux, by Jules Massenet, very delicate, is sung in a low voice and is technically very complex. It will also sound Havana, from the opera Carmen, by Bizet, but only at the piano by Ángel Rodríguez.

It will be followed by pieces by different authors, styles and periods of Italian opera, such as the aria gentle spirit, from The favourite, by Donizetti, which will close with the piece Federico's Lament of the L'Arlesiana by Francesco Cilea, a very important work in the verista repertoire.

After a pause, the repertoire will delve into popular Italian songs and will conclude with zarzuela, a genre that "there are still those who do not consider it as high as that of opera but that is tremendously demanding", acknowledges the tenor himself. Specifically, they are two pieces by Agustín Pérez Soriano, known for his zarzuela the guitarist and his Serenade or Jack of Perico, and Antón García Abril, who will address I sing because I'm happy, of Tribute to Gayarre Teruel's García Abril.

“This song, in particular, is one of my favorites from the recital. It is a wonderful song, a hymn to life and love”, says Camarena.

The singer acknowledges that “the recital is a much more intimate format, which allows you to have a more direct communion with the public. I even talk to him sometimes." Although there is also the counterpart, “and it is that it is much more committed. In opera you can sing 45 minutes in total, but there are moments when you can rest, when the action goes the other way, and the intensity is handled differently. In a recital, the same 45 minutes of singing are of enormous intensity and demand”, he explains.

With the tenor from Tenerife Celso Albelo he is united by "mutual admiration and a great friendship", hence his participation in Adeje symphonic, in July 2019, or his direct involvement in the recordings of the singer from La Laguna.

His interest is now turned towards French opera, “at least I see myself like this for the next five years: Manon Lescaut, Lakmé, The Pearl Fishers...”, he points out.

He is the only singer in history who has provided an encore in three different productions at the MET in New York: The Cenerentola (2014), Don Pasquale (2016) and the Fille du Regiment (2019), more specifically in Tonio's aria, with the fearsome sequence of the nine chest Do's, where he achieved the unparalleled feat of achieving it in each of the seven performances in which he participated, one of which was broadcast live on Met Live HD. Camarena repeated this feat in the Fille du Regiment at the Teatro Real in Madrid, the second time that a singer achieved an encore at that venue since its reopening, as well as at the Royal Opera House where he performed his aria in each of its four performances. Since this performance he is already considered a true singing myth.

Among his many distinctions, Camarena has also received the Opera News Award (2020), the Fine Arts Opera Medal, the ISPA Distinguished Artist Award and the Mozart Medal (all in 2019). In 2014, his hometown of Xalapa awarded him the Sebastián Lerdo de Tejada Medal as a distinguished citizen. In recent years, different Mexican leaders have included him in their list of national and global leaders, and the magazine Who named him one of the 50 leaders who are transforming their nation.

Tickets for their recitals can be purchased on the FIMC website (www.icdcultural.org/fimc) or directly on the usual platforms of both scenarios.