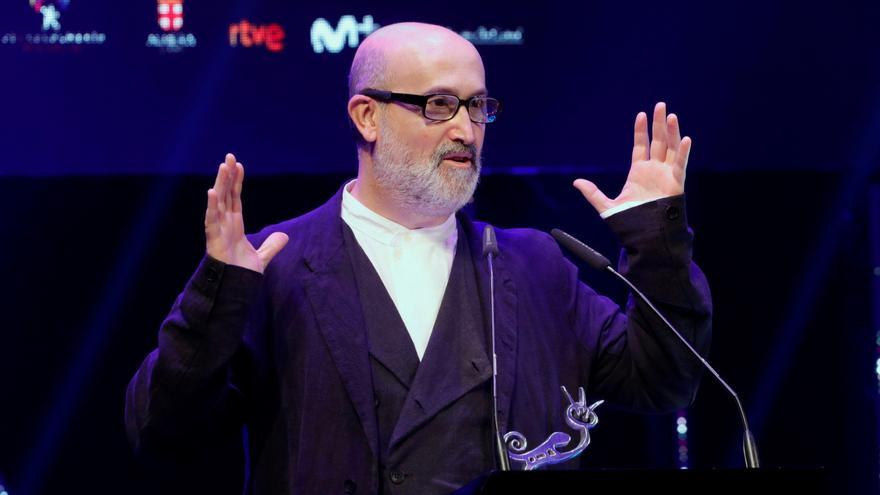 Logroño, Mar 19 (EFE) .- Seven popular characters, among them the actors from La Rioja Javier Cámara and Pepe Viyuela, have selected a piece from each historical period that makes up the permanent exhibition of the Museum of La Rioja for later reinterpretation by as many creators , with which an attractive sample has been configured.

“Rediscovering the Museum” is the title of this exhibition, which this Friday was presented by the Minister of Culture of the Riojan Government, Pedro Uruñuela, who stressed that this project aims to make the permanent collection of the history of La Rioja more attractive, with a 1.7 million years old.

Javier Cámara, from the La Rioja Museum funds, has chosen a Celtiberian vessel decorated with heads, with which the Rioja filmmaker Santiago Tabernero has made a small film entitled “Goya’s nightmare.”

The director of the House of the Image of Logroño, Jesús Rodríguez Rocandio, who has collaborated with Tabernero in this work, has specified that it is a “very beautiful piece to see, very enigmatic and that encourages us to see this film, very brief “, which simulates as” a return to the beginning of things. ”

For her part, Viyuela has opted for a bronze work by the sculptor Daniel, which represents a mother with two babies, about which the musical duo Elías and Ignacio have written a song.

In addition, the president of the Riojan Government, Concha Andreu, has chosen a lucerne from the Roman period, which was a small portable lamp that was put in oil and lit a wick, and which has been reinterpreted by the ceramicist Laura Lasheras.

The chef Iñaki Murúa, from the Íkaro Restaurant in Logroño, with a Michelin star, has reinterpreted, at the request of UD Logroñés, a blue flake -a sheet that was extracted from the mother stone to make utensils in the Lower Paleolithic era-, which has inspired him to elaborate a “quite complex” recipe made with cow entrails, red fruits and berries.