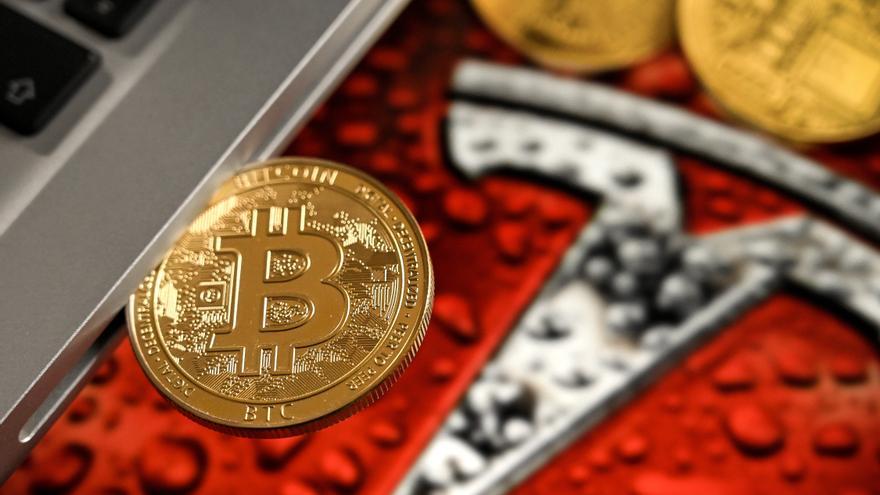 Javier Biosca Rodríguez has been arrested in Torrox (Málaga) this Monday at noon, as elDiario.es has learned. A search and arrest warrant from the National High Court has been weighing on Biosca since June 5, which is investigating him for alleged crimes of fraud, money laundering and criminal organization. Biosca has been brought to justice. The plaintiffs requested for him and his family (his son Sergio Biosca and his wife Paloma Gallardo) provisional imprisonment, although both the son and the wife have already appeared in court and stating the address where they will be available. That is, if applied, the provisional prison would only be for Biosca father.

The lawyer who handles one of the complaints, Juan Carlos Gómez León from Gran Vía Advocats, explains to this newspaper that there are hundreds of people affected throughout Spain. He represents twenty. Some put in little money (from a thousand euros); others, large amounts (up to a million). "There are people affected throughout the territory and profiles of all kinds," he says. Once the complaint was admitted for processing, others who had filed individual complaints joined the case. The one of this supposed broker is the first macro-complaint for alleged scam with cryptocurrencies that reaches the National Court.

Javier Biosca and his family, residents of Torrijos (Toledo), had a financial business dedicated to investing in cryptocurrencies that lacked authorization from the CNMV and was not supervised by any other body. They started operating in 2019 and guaranteed returns of 20% weekly (although later they lowered it to 10% weekly). The attraction of investors was done by word of mouth and Biosca operated mainly through WhatsApp.

"It responded to the classic Ponzi scheme," explains Gomez. In Ponzi schemes, as the complaint indicates, "there is no clarity about what is done with the money invested." They are "investment scams that pay existing investors with funds raised from new investors" and not through an actual product. In October 2020, the business stopped paying the promised amounts and shortly after, Biosca stopped responding to messages. "He disappeared," says the lawyer.

What was the product that achieved those high returns? Although all communication was done by WhatsApp and there is no online platform, the operation was very similar to that of Arbistar, whose leader Santiago Fuentes was arrested and released on charges last summer. According to the complaint, Biosca presented itself as "a specialist cryptocurrency broker" and claimed to have "a sophisticated algorithm system that allowed thousands of operations per minute to buy and sell different cryptocurrencies." As cryptocurrencies fluctuate, algorithms were able to buy, sell, and generate profits. He also mentioned bitcoin mining as a formula to achieve returns.

This broker from Toledo claimed to have computer scientists working for him, programming "bots" that carried out these operations. As we said, very similar to the Arbistar Community Bot. Biosca himself informed through messages of the investment returns (for example: "your investment of 103,375 euros has produced 10,337 euros euros") and asked the investor what he wanted to do ("What do you want to do, reinvest, recover profits or recover part? "). Seeing the high returns, people decided to reinvest in most cases. Contributions were made both in normal money, through bank transfer or by hand, as well as in cryptocurrencies.

In addition to operating on WhatsApp, Biosca founded a company in the United Kingdom - Algorithms Group Ltd - which was notified by the CNMV in December 2020.

Before promoting himself as a broker, Biosca founded a hardware company with his wife in another town in Toledo, Fuensalida. That was in 2001, as recorded in the Mercantile Registry. Not much more activity is known. "Apparently he was someone without a job or profit. He gets into this world and begins to generate trustworthy investors. Word is spreading that he is an achiever," says Gómez. "From what they say, he is a person with good conviction skills."