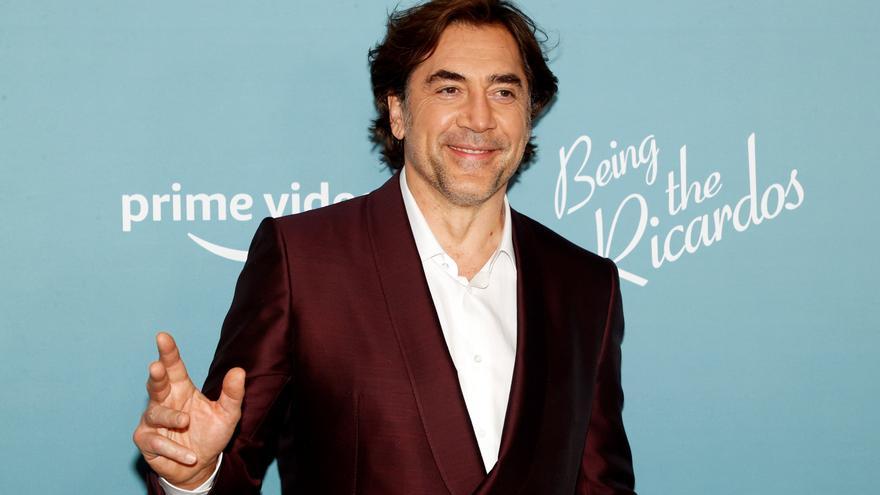 “A Mount Everest to climb”: this is how he described this Thursday Javier Bardem his role in ‘Being The Ricardos’, which stars alongside Nicole Kidman and tells the story of the complicated marriage of Desi Arnaz and the iconic Lucille Ball, two of the most important figures on American television. “When (the role) arrived, it arrived a month and a half in advance to prepare,” he explained to EFE. Bardem on the red carpet arranged at Jazz at Lincoln Center, in the heart of Manhattan, minutes before the first screening of the film. “The challenge was precisely to relax, to go phrase by phrase, video to video, audio to audio. (…) To gain a little more every day of security, that this character could do,” said the Spaniard, who revealed that he had wanted to get into Arnaz’s skin for “years”, a Cuban-American actor who managed to succeed on the US small screen.

For Bardem, Arnaz was a character “‘bigger than life’, as they say here, huge”. Together with his wife, Lucille Ball, he starred in one of the best-known comedies of USA, ‘I Love Lucy’, a show that in the 50s was faithfully followed by half of the country’s viewers, that is, some 16 million people. For her part, Kidman, one of the undisputed veterans of Hollywood, confessed that facing a character as beloved as Lucille Ball was complicated. “Initially it was very overwhelming, but then I loved doing it, I loved playing it,” Kidman told reporters shortly before the screening. “She freed me. I am much more rigid and angular than her. She was very physical and a good dancer, something that I think many people do not know,” added the Australian, thus making direct reference to the criticism received by the director and screenwriter of the film, Aaron Sorkin, when it was learned that he had selected Kidman to represent Ball.

And it is that social networks They weren’t very kind when it was announced last January that Kidman would step into Ball’s shoes, and Bardem into Arnaz’s. The choice of the female lead was not liked, because unlike Kidman, Lucille Ball was a very expressive actress, with great gestures and a very physical comedy, and because another interpreter, Debra Messing, had already portrayed Ball on previous occasions and had been highly applauded. The one with the male lead was also unpleasant, because it was a Spanish actor playing a Cuban-American, and the negative comments pointed out that there were many actors from Latin America to choose from to play Arnaz. “I ignored it, because I had the advantage of knowing what the film was about,” director Aaron Sorkin told EFE about the barrage of criticism on the internet, before the film began shooting. “It is not uncommon to see people having a very strong opinion about a movie that they have not seen. But I am sure that I chose the two best actors for these roles, and the people who come to see the film will think the same,” said the director.

The first criticisms that have begun to be heard at the moment agree with him, and even there is talk of the possibility that both Bardem and Kidman compete for an OscarAlthough the Spanish describe these rumors as “noise” that he prefers to ignore. “All I want is to be celebrating the pride and especially the gratitude of belonging to a film well, a great movie. The rest is noise that does not concern me and neither does it suit me, “Bardem concluded.

Tags: assures, Bardem, being, Javier, the