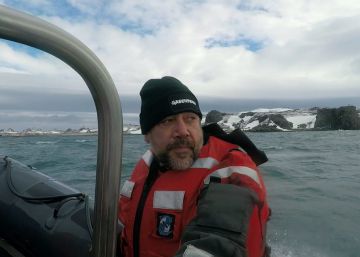 Sanctuary It is a documentary that allows us to see how media campaigns are developed in the 21st century. In this case, the objective of the initiative developed through social networks, media and diplomatic channels is to build the largest marine sanctuary on the planet. The spokesmen for the project, which aims to be completed in the Antarctic Ocean, are the brothers Charles Y Javier Bardem, and today Thursday we advance your trailer.

The documentary gets on board the ship Arctic Sunrise with both actors to learn about the work of Greenpeace's cooperators in their struggle to save the planet of the current weather emergency. "I hope this documentary serves to add our grain of sand to the change in environmental behaviors, raise awareness and that we increasingly demand to end unsustainable and harmful policies towards our planet", Javier Bardem points. His brother Carlos points out: "It is a filmic memory of a dream, of the efforts of many people on this planet to conserve it, protect it … Of whom? Of us, of those of our species who deny the obvious by interest, by greed. It is a silent cry, it is the creaking of the centennial ice. It is a warning, a warning and a call. It is a portrait of a touching beauty and the struggle to preserve it. " The director of the documentary is the Cantabrian Álvaro Longoria. The work will be exhibited at the San Sebastian and Toronto film festivals, both in September.