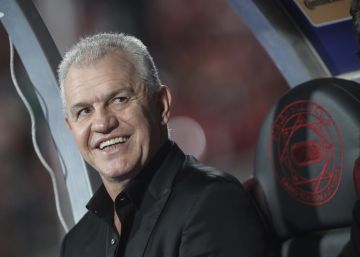 Mexican coach Javier Aguirre has become Monday's new coach of the Leganés until the end of the season, after the defeat of this Sunday against Eibar (1-2) that keeps the pickles as colistas of LaLiga Santander.

The veteran coach, 60, who will direct his first training on Monday before being presented this Tuesday at 13.30, arrives at Butarque to try to redirect the situation of a team sunk in the table, with five points and a single victory in 12 days of championship. It will be the fifth project in Spain for Aguirre after Osasuna, Atlético de Madrid, Espanyol and Zaragoza.

The agreement between the technician born in Mexico City and the entity in the south of Madrid was closed this Sunday night. Aguirre is done with the cucumber bench after the refusal of several coaches and arrives in search of changing the mood of a template that is just giving up this course.

Aguirre replaces Luis Cembranos, coach of Leganés B who had taken over the first team after the resignation of Mauricio Pellegrino on day nine, and who will return to the subsidiary. In its brief period, Cembranos won the only victory to date against Mallorca a week ago (1-0).

His other two matches were the win suffered at the Santiago Bernabéu (5-0) and the defeat against Eibar on the last day. The Leganés has a very difficult challenge ahead, since no team in the history of LaLiga has saved with this score at this point in the domestic tournament.

Aguirre arrives in Leganés after having directed the selection of Egypt as his last experience. He was dismissed last July after falling in the round of 16 of the Africa Cup. Prior to his time in Cairo, he led the Japanese national team and Al-Wahda in the United Arab Emirates league.

Villarreal: Pau Torres: “We have to recover our best version at home”

Wolves: the ‘parakeets’ seek an almost impossible comeback in Europe