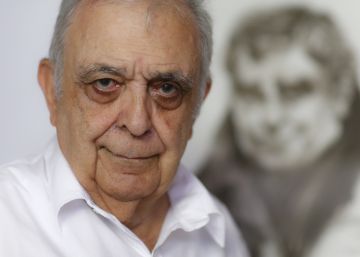 The filmmaker Javier Aguirre, author of more than 80 films, including Life / Bitch, Beaten meat or Medea 2 He died on Wednesday in Madrid at age 84, according to film academy confirmed. The director, born in San Sebastián in 1935, also worked as a producer, cinematographer and screenwriter. At age 15 he published his first film criticism and since 1951 he wrote in newspapers and specialized magazines.

Aguirre is known for having made what he called “anticine”, a peculiar and introspective cinema designed to explore notions about language, although he also signed some blockbusters such as comedies Tuesday and thirteen, neither marry nor embark or The unusual pregnancy of the Martinez.

The filmmaker, husband of actress Esperanza Roy, received last November with his wife the Gold Medal of the Academy of Motion Picture Arts and Sciences. Roy said then that "Javier was happy for me and I was happy for Javier."

Also outstanding in his filmography are titles such as Single and mother in life, By profession her labors, Wife by day, lover by night, In search of the lost egg and films with Los Bravos, Raphael, María Jesús and their accordion, the Parcheesi group and Tuesday and Thirteen, in addition to experiments such as Variations 1/113, that reproduces 113 times, with slight alterations, a kiss between Javier Bardem and Inés Sastre

Protagonist of (aguirre), a documentary that was presented at the Malaga Festival in 2017, his last work released was Sun, a film about Madrid's Puerta del Sol shot in two periods: from 1967 to 1970 in black and white, and between 2005 and 2009 in color.