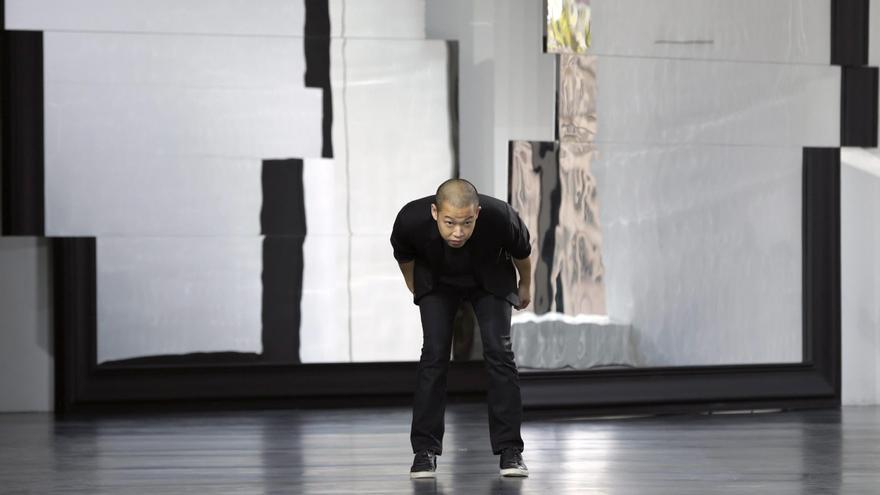 New York, Feb 14 (EFE) .- The Canadian-Taiwanese designer Jason Wu opened New York Fashion Week this Sunday with a feminine and sophisticated autumn-winter 2021 collection in which neutral colors and fluid silhouettes predominated. with a nod to the aesthetics of the 1950s.

Wu opted for a face-to-face show, a rarity in this New York “Fashion Week” that will be practically virtual due to restrictions to contain the covid-19 pandemic, and recreated a vegetable store from the middle of the last century as the setting to launch his proposal before a small audience.

The couturier, who rose to fame for his designs for former First Lady Michelle Obama and has become a celebrity favorite, introduced a low-key line consisting mostly of long dresses; Sets of long skirt or wide-leg tailored pants with blouse, and warm jackets.

The color palette was based on black, white and red with some hints of fuchsia pink, khaki green and camel brown; while the prints were kept sober except for a red dress with Coca-Cola logos, a collaboration announced for “Mr. Wu’s General Store,” the name of the fictitious store.

Among the details of the collection, the ginkgo leaves that gave shape to patterns and earrings stood out; the long fringes with which it was possible to give a groundbreaking point to skirts or coats with simple lines, providing movement when walking; and the ‘oversize’ sweaters that made some ‘looks’ more casual.

As a curiosity of the show, the designer used more than 50 different types of food including vegetables and fruits for the decoration of his show, and according to he told the WWD fashion magazine it will be donated to the local food bank City Harvest.

This presentation, which was broadcast through the virtual headquarters of Fashion Week at nyfw.com, is one of only two shows, along with Rebecca Minkoff’s, that will take place in person during the event, which officially lasts until now. Wednesday.