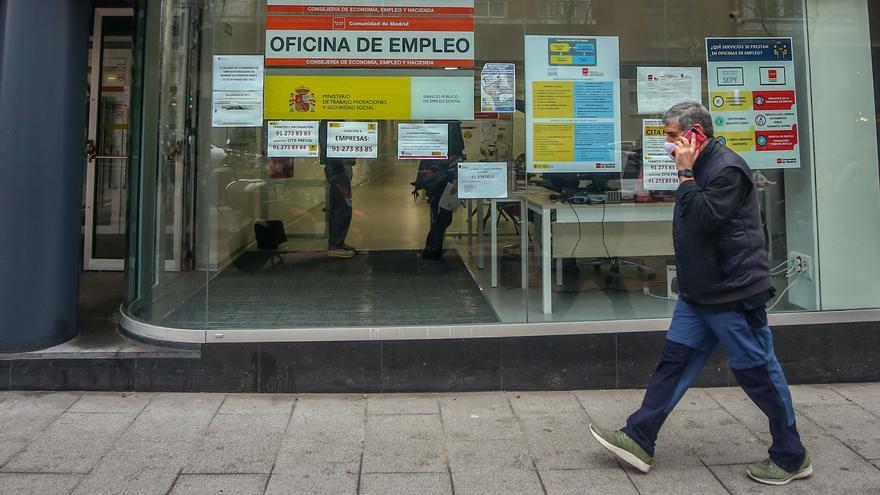 January is a bad month for the job market. It was not going to be less in a January marked by the third wave of the coronavirus pandemic and the storm of Filomena. Social Security lost 218,953 affiliates compared to December, a very large decrease, but which is lower than in 2019. In seasonally adjusted terms, without the variations of the calendar, employment was created, with 39,814 more employed. For its part, registered unemployment increases, as is usual this month. but he did it less than he usually does. It increased by 76,216 people, reaching almost four million unemployed: 3,964,353.

These are the data published this Tuesday by the Ministry of Labor and Social Security and that show how employment is evolving in these months of pandemic. January has been marked by the escalation of infections of the third wave, much stronger than the second and that has forced to increase the restrictions to stop the virus. Regarding the precovid situation, in Spain there are about 517,000 less affiliated workers.

Another key indicator is made up of the people who are included in ERTE (temporary employment regulation files). January ended with some 739,000 people in ERTE, a figure slightly higher than in December (35,600 workers). Social Security highlights that the total number of workers using this tool has more or less stabilized since September, despite the fact that restrictions are being tightened to curb infections.