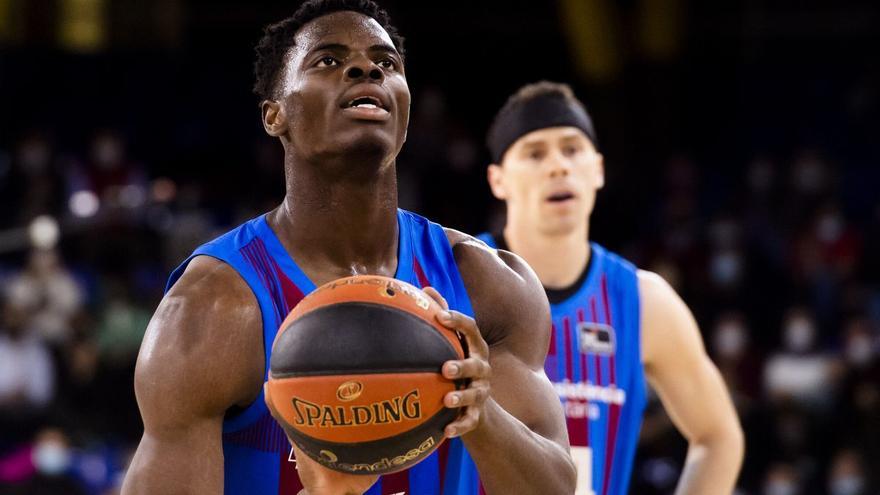 In the spectacular battle that took place this Sunday at the Palau and that ended up taking the Baxi Manresa in the extension, the name of James nnaji It was one of those that spread from mouth to mouth. No one could have expected such a brilliant debut in the Endesa League like the one performed by the Nigerian pivot (Makurdi, Nigeria, 08/14/2004), who had already played a few minutes in the Euroleague against el Zalgiris. The very young 17-year-old player finished with numbers to remember: 10 points, 5 rebounds and 5 blocks in just 19 minutes.

With these statistics he broke two precocity records in the League: the one for blocks for a player under 18 years old, held by the Unicaja player, Yannick Nzosa, with four. And also the valuation record of players under 18 years of age in the Barça, that was in the power of Juan Carlos Navarro, since the 97-98 season with 15 credits. Nnaji achieved 19.

Valuation record for a player under the age of 18 in #LigaEndesa with the @FCBbasket (Beating Navarro💣!)

Record of caps for a person under 18 years of age. pic.twitter.com/ScLhkDMTf8

“Not in our best dreams did we expect this level of Nnaji. Perhaps he was our strongest player. And looking at the numbers, also the best. Rules, tactics ... sometimes he gets confused. But I can't tell you where this game came from. The only positive for today. He tries very hard. He is an amazing boy. It lacks a lot, of course, "he explained at the end. Jasikevicius that this Tuesday he will have him on the bench again in the Euroleague game against him Armani Milan (9pm, DAZN).

The Barça coach gave him the title, forced by the numerous casualties, and Nnaji was increasing the amazement of the Palau with his aggressiveness to fight for the rebound, his ability to intimidate, chaining one block after another, and taking advantage of his opportunities to add in attack. “What he did is not a surprise, because it is what he does at the EBA. The surprising thing is that it did it three steps higher: in the ACB, and against rivals of such physical power as those of Manresa ”, says his coach Barça B, Roger grimau, who praises Nnaji for his maturity, his determination and his character not to shy away from the fight.

Nnaji joined Barça last summer as a first-year junior from László Rátgéber Akamedia from Pecs, in Hungary, a training school where he spent three years of his life. Now live and study in The farmhouse along with some of his classmates like Michael Caicedo or Agustín Ubal. And in a few months, he has confirmed the expectations that existed upon his arrival and the club has extended his contract for this season and two more. “He has the defensive level of the ACB. And it is very important that it is solid at the back. Now he has to see how to fit in in attack and continue working on a technical and tactical level, "he says. Grimau.

At 2.08 meters tall and with very long arms, Nnaji stands out above all for his excellent jumping timing and reaction capacity. "When they did the medical examination, it was seen, by the parameters they are analyzing, that he is the physically strongest player who has passed through the club," he says. Fabian Telléz, the coach who had him at his command last season, in which the Nigerian pivot already left some sample of the potential he treasures. He was chosen the MVP of the final of the Spanish Championship that he played against Madrid after finishing with 14 points, 6 rebounds, 8 assists and a PIR of 28. And just a few weeks before, along with Michael Caicedo, he was chosen for the ideal quintet of the Next Generation tournament, as the Junior Euroleague, after reaching the final. An emerging talent that knocks on the door.