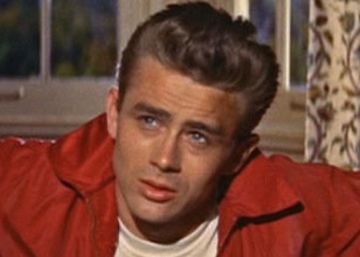 James Dean the legendary protagonist of Rebel Without a Cause or Giant who died with only 24 years, will be resurrected digitally in Finding Jack, a movie about military dogs abandoned after the Vietnam War.

As reported The Hollywood Reporter, Anton Ernst and Tati Golykh will direct this drama with war dyes through their brand-new Magic City Films producer, which has secured the rights to use Dean's image after reaching an agreement with the interpreter's family. Canadian visual effects studio Imagine Engine will work alongside South African company MOI Worldwide to recreate what the filmmakers describe as "a realistic version of James Dean."

So, and although Finding Jack It will be a real image film, the US publication anticipates that Dean's performance will be built through "whole body" CGI using real images and photos. Another actor will be the one who executes his movements before the camera.

Adapted by Maria Sova from the novel by Gareth Crocker, Finding Jack addresses the abandonment of more than 10,000 military dogs after the end of the Vietnam War. Dean's digital version will be Rogan, a secondary character in the plot.

"We look for the perfect character to play the role of Rogan, who has some extremely complex character arcs, and after months of research, we decided on James Dean"said Ernst, who also produces with Golykh for Magic City Films.

"We are very honored that his family supports us and we will take all necessary measures to ensure that his legacy as one of the most epic movie stars in history remains intact," say the filmmakers who say the family of the protagonist of East of Eden, Rebel Without a Cause Y Giant He sees this project "as his fourth film, a film he never made." "We do not intend to disappoint their fans," they sentence.

The preproduction of Finding Jack It begins on November 17, with the goal of releasing the film within a year, on November 11, Veterans Day, 2020.

The filmmakers hope that after this first experience, in the future this CGI technology used to resuscitate Dean on screen can soon be implemented in other known figures. "This opens up new possibilities for many of those who are no longer with us," said Mark Roesler, CEO of CMG Worldwide, which represents Dean's family along with more than 1,700 entertainment, sports, music and historical personalities among which Stars such as Burt Reynolds, Christopher Reeve, Ingrid Bergman, Neil Armstrong, Bette Davis or Jack Lemmon stand out.

The new normality at Bilbao BBK Live ‘Uda’: “It seemed like a Sunday in the field” | Blog Miss Festivals