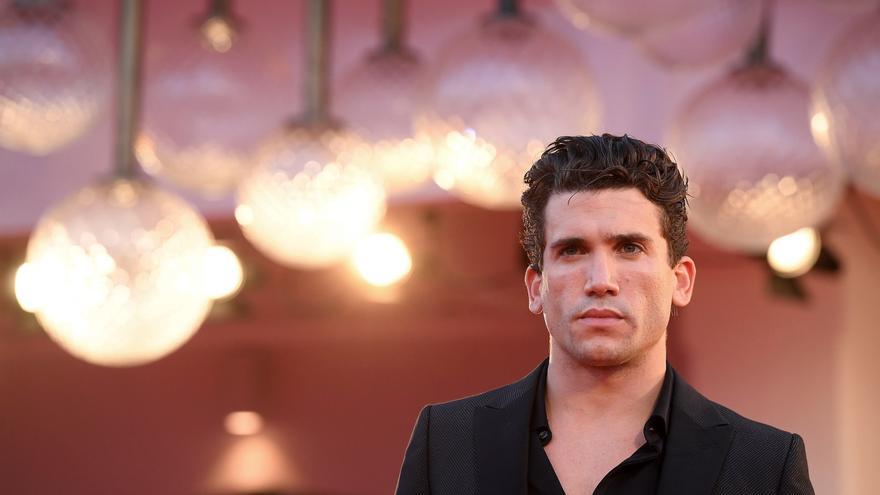 The world knows him for his role as Denver in ‘The Money Heist’ and also for embodying the very Cid Campeador, but it is not the only thing that the young Murcian is good at, who has already demonstrated his facet as a poet with ‘About your mouth’ and is now determined to show the world that he is also worth as singer.

The public could already see him singing “Romance”, the central theme of the soundtrack of the series “El Cid” and in the three singles that he has published to date: ‘Heart’, ‘Looking at the sun’ and ‘Come closer’, proving that he is not an artist of a single song and that his passion for music “is not just a whim”.

Now he has released ‘Saturday’, the first preview of what will be his first EP ‘The night’: “Music for me is not just a whim, I am not an actor who brings out a song and that’s it, mine are honest jobs and I want to continue growing, that’s why I’m going to combine it with acting,” he confesses to Efe in a interview.

From a very young age, Lorente (Murcia, 1991) was introduced in the world of music thanks to his older brother, especially in rap. Little by little and with a certain musical knowledge, he began to compose songs, which he endowed with a particular style: a symbiosis of rap and pop, although he does not rule out touching other clubs.

“It is true that I have always liked rapping, since I was little I did it, but now I want to experiment a little with all of them, I want to find a code and be able to play with the different sounds. It will also depend on how I want to. focus on the song and match the lyrics “, recognize.

‘Saturday’ is the letter of introduction that the actor has chosen to present what is to come as a musician and composer. A very nocturnal theme, with “disco” rhythms that it portrays in a constant loop of Saturday night in which it falls again and again as the chorus says: “Baby, I just know how to fall.”

“I think there is some enjoyment when one falls, and more if you fall back in the same place,” she says, laughing. You have to fall many times to learn from it little by little, I have fallen many times. ”

His friendship with the producer Pablo Gareta It has been the trigger for this project that has already been in the actor’s head for a long time. The quarantine made the two meet and from that moment they began to work together on what would become ‘La noche’.

“It’s the sound I needed to reconcile with the darkest part of myself”, This is how he defines the album that will have five songs, and from which little can advance because there is still no confirmed date of publication or if it will have collaborations or not.

What it does confirm is that there will be a small presentation tour (still with dates and places to be determined), “I have not done any concert, I will have to rehearse a lot and they will be great” -he agrees-, and that this EP will be followed by others that he is already working on.

Music is a territory in which Lorente can forget for a moment about the scripts, filming and the characters, it is him in front of the microphone and the role. He says that during the composition of the songs he feels “absolute freedom” to express his feelings and emotions. “HI found in music a very special way of communicating and my body asked me to develop it“, he points out.

Its global influence has not stopped growing thanks to super productions such as’ La casa de papel ‘,’ Elite ‘or’ El Cid ‘, and it has triumphed in the theater with the monologue’Killing tires’, so it is not surprising that his schedule is full of commitments. He has just finished shooting ‘Tin & Tina’, Rubin Stein’s debut feature, a thriller and intrigue with touches of terror starring Milena Smit as a co-star.