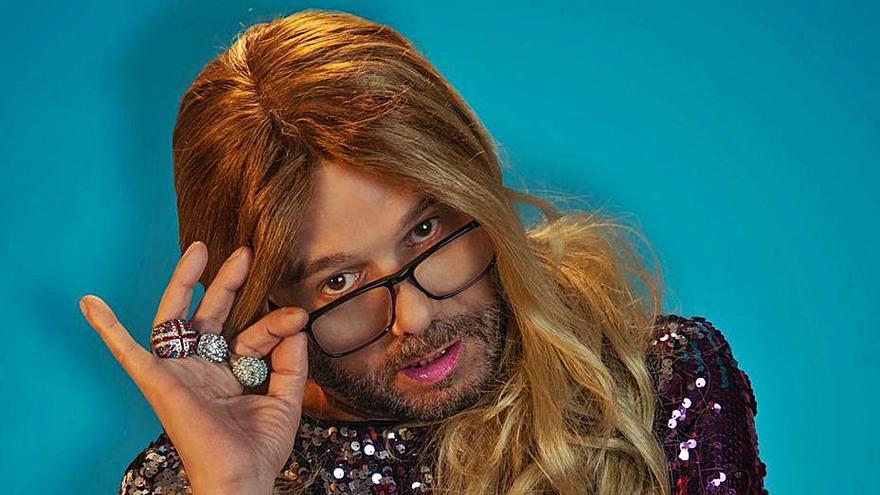 # Cármatevanessa is Jabicombé’s new show. A show full of wit and grace in which, dressed in his character and from his Schamann flat, the comedian infects his audience with laughter with his special point of view and sense of humor. The show can be enjoyed on July 3, at the Alfredo Kraus Auditorium, at 8:00 p.m.

“In these times, decisions cannot be made lightly, so first #carmatevanessa and then, from peace of mind, you decide,” recommends the comedian in a press release. “From, to, for, by, according to, on, after are prepositions that presuppose a supposed decision-making but … will they be the correct ones?”

This show is part of the Canarias es Cultura program of the Las Palmas de Gran Canaria City Council with which the Alfredo Kraus Auditorium collaborates on a regular basis.

Jabicombé is an integral artist, a total artist, a comedian who makes monologues, plays the piano and sings. Encased, almost always, in his alter ego Barbra Straisend, the Gran Canaria manages to bring a smile to any situation from the audience.

Las Bobas Se Acabaron, The Christmas Show by Jabicombé, Quélepasaé ?, Ayporcuánto !, I am positive! and Chirrínchirrán! ‘The best Of’, ‘Covid Special’ have been shows with which in the last nine years Jabicombé has passed the barrier of 300 performances throughout the Canary Islands.