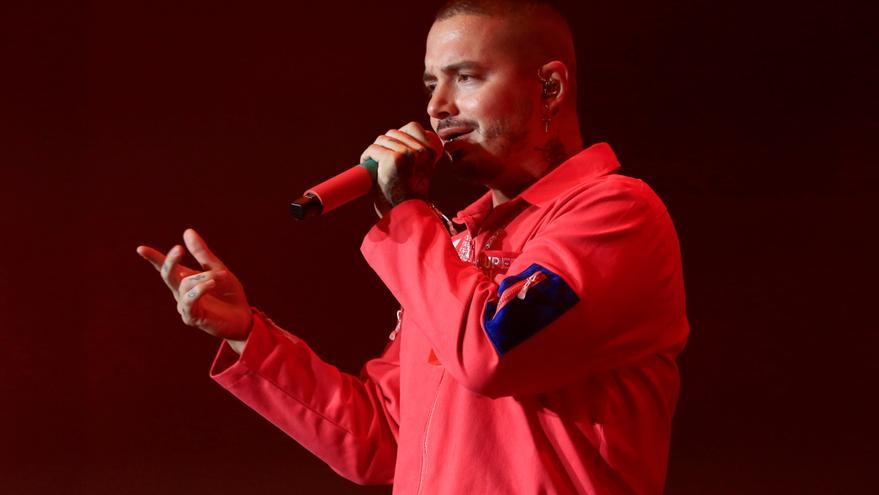 Bogotá / Miami, May 4 (EFE) .- Colombian artist J Balvin denounced this Tuesday the political crisis and violence in his country, which he described as a “civil war” after the protests have killed at least 19 people dead and some 800 people injured.

“In Colombia there is now a civil war and there are no words to describe what is happening,” the singer-songwriter warned a meeting with the international press to talk about his documentary, “The Boy from Medellín”, which premieres this Friday.

The Medellín musician, who has millions of followers on social networks and was considered by Time magazine as one of the 100 most influential people of 2020, called for a conversation to overcome violence.

“We would like that through love, tolerance and conversation we could reach something, right? Because hatred generates more hatred,” he said.

He assured that the difficult situation, which has been marked by police brutality and blockades, “makes him sad” and “without sleep.”

“I have not slept thinking about what other way I can do to help (…) I used my platform networks yesterday at 4:00 in the morning. Like I couldn’t take it anymore and I said ‘ok, it’s time to activate it again, to tell the world what is happening because it is very sad, ‘”he said.

Last morning the singer published a message in Spanish and English on his Instagram account in which he assured that in Colombia “control of the situation was lost” and “peace and love” is needed.

His message is accompanied by an image of a Colombian flag upside down, with the shield in its central part and full of stains that appear to be dried blood.

He also published photos and videos of police abuses that occurred, especially in Cali, the capital of the Valle del Cauca department and the main focus of the demonstrations.

J Balvin was referring to almost a week of protests against an announced tax reform by the government of the president, Iván Duque, during which 19 people have died and caused the resignation of the former Minister of Finance, Alberto Carrasquilla.

The singer asked his colleagues and stars in the world of music and sports, among others, to help him spread the message that it is necessary to “stop this senseless civil war” in Colombia.

Shortly after, dozens of artists such as Justin Bieber, Shakira, Pedro Capó, Luis Fonsi, Nicky Jam, Natti Natasha and actress Gaby Espino, among others, joined his call and that of other Colombians from the entertainment world such as Maluma, Juana Acosta and Juan Pablo Raba.

Precisely the documentary about the singer “The Boy from Medellín” begins with his hometown thrown into the streets in protest at the political, economic and social of President Iván Duque in November 2019, days after his first concert at the Atanasio Girardot stadium .

“It wasn’t planned, really; it had nothing to do with it, we were just going to do a concert special. In that week, like everything in life, there was 99% (of the situation) that was out of our reach”, expressed the singer.

At that time, the artist was criticized for not expressing his support from the beginning of the protests, as well as for not using his social networks to show the world what was happening in Colombia during those days.

“We did not choose to enter the world of politics, the selection was purely musical and entertainment. What happens is that we have a larger and more powerful platform than that of any politician and that is where you have to understand social responsibility that you have as a public figure. It has not been easy, but here we continue to learn, “he revealed.

“Unfortunately Colombia is going through a much worse process again” these days.

THE BOY FROM MEDELLÍN AND MENTAL ILLNESS

The director of “The Boy from Medellín”, which was presented at the last Toronto International Film Festival (TIFF), is Matthew Heineman, who was a candidate for the Oscar for best documentary for “Cartel Land” (2015).

“Matthew, the truth, he gained my trust, it was like the way I met him, he gave me security, but afterwards it was quite complicated because so much intrusion into my private life was not easy,” he explained.

In that sense, he confessed that there were “certain privacy rules” that “were completely violated”, although he affirmed that there are “certain directors who are overcome by passion and go above whatever.”

“The Boy from Medellín” also explores how J Balvin has dealt with anxiety and depression over the years.

“I believe that (mental health diseases) are a reality in the end, it’s like what is happening with the covid. Mental health diseases are a pandemic, they are in all parts of the world (…) In the end most of us end up infected, “he said, adding that this” is part of reality “and of life.