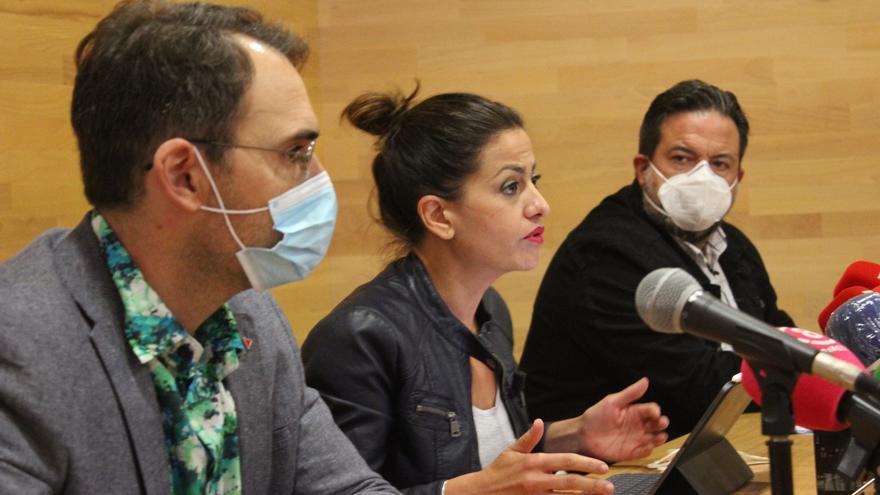 During their visit to several key points of Spanish migration policy, the United Left MEPs Sira Rego and Manuel Pineda have repeated it over and over again: “The European Commission’s migration pact welcomes the proposals of the extreme right.” After a tour of the Canary Islands, Melilla and Algeciras, the IU community parliamentarians have presented this Thursday to the media an alternative proposal to the Migration and Asylum Pact that is under discussion in Brussels.

“It is disturbing that the European Commission, through the Pact, seems to have assimilated the anti-immigration speeches of the extreme right, in what is a clear nod to governments such as Hungary or Poland,” they point out from IU. “Either we are able to put on the table a specific policy, with numbers and realities, that takes into account the needs of the population as a whole, or it will be the extreme right that wins this ideological battle with its xenophobic discourse,” he develops his proposal .

The document, which seeks to mark the strategic line of the Confederal Group of the European United Left, breaks with the main approaches defended by the European Commission. If the official proposal bets on a “solidarity à la carte”, by which the member states could choose whether to “support” the countries with the most arrivals of migrants through deportations or reception of refugees, IU defends the imposition of mandatory quotas host.

For IU, quotas, support for host territories and favoring the freedom of transit of migrants through the different member states is key to fighting the discourse of the extreme right, which in its opinion overstates the numbers of irregular arrivals to the EU with the concentration of newcomers in certain countries. “They talk about migratory pressure, but there isn’t. The EU has reception capacity, but it is getting closer to those more racist policies that make those who have worse situations be considered the enemy ”, Pineda has considered.

The reinforcement of the rescue of lives in danger at sea is another of its main proposals. The training proposes the creation of a European civilian public rescue and rescue body that “replaces military missions” and the transfer of these tasks to third countries, such as Libya and Morocco. “Spain is the only country that has a civilian rescue and rescue corps. In Europe, militarization has left 10,000 dead in the last five years. Shielding the Mediterranean is not being a solution ”, Rego stressed.

In this sense, IU will insist in the European Parliament for the end of the “criminalization of NGOs”, such as those that have launched rescue missions in the Central Mediterranean; as well as the cessation of return policies and massive returns. Among them, the training questions the policy of third-country readmission agreements. MEPs cite the case of Mauritania as an example, where Spain expels migrants of different nationalities who have arrived in the Canary Islands. “Through this formula, the EU removes a problem from the middle but does not respect human rights,” Pineda pointed out.