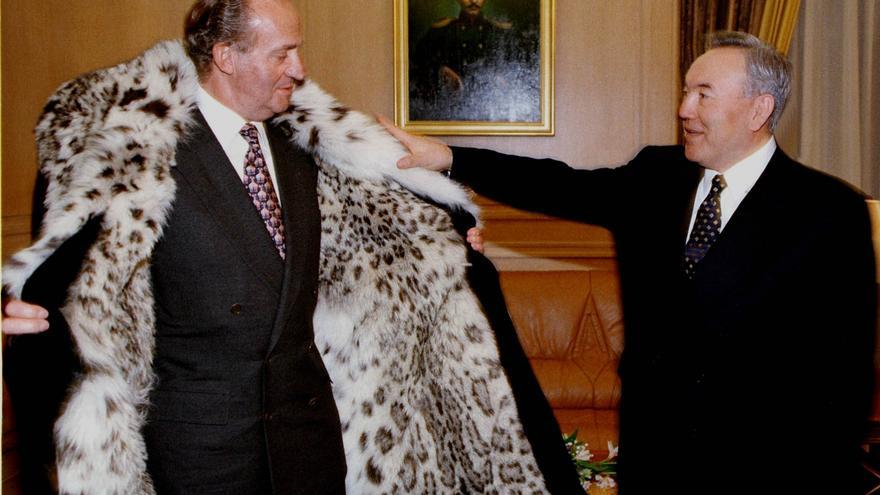 Izquierda Unida and the rest of the signatories of the lawsuit against Juan Carlos I in 2018 do not give up in their efforts to have the Supreme Court open an investigation into the various scandals that have become known in recent years due to the activities of the monarch. On behalf of all of them, the lawyer Juan Moreno has just presented an extension of the complaint in which he incorporates the latest revelations about Juan Carlos I and among which stands out the one referring to the expenses of the king emeritus and other members of the family real with funds from a Mexican millionaire through opaque cards. The plaintiffs thus anticipate the Prosecutor’s Office, which they accuse of a slowness that “generates distrust.”

“The systematic appearance of corruption cases in Spain, now linked to the network devised by the former head of State, makes it necessary to redouble efforts in the prosecution of highly reprehensible types of crime, of high impact and generators of a very important social alarm, which in all the cases endanger public social assets, ”IU alleges in its extension of the complaint, to which it has had elDiario.es.

The Communist Party of Spain (PCE), the coalition that integrates, Izquierda Unida, and the Forum of Lawyers and Lawyers of the Left, they sued against Juan Carlos I from the opening of the Corinna piece by the National Court in the Villarejo case. The plaintiffs appealed to the Supreme Court because it was the court before which the emeritus king has been assessed since his abdication in 2014. According to the revelations contained in that piece, enunciated by Corinna Larsen in some recordings of the commissioner today in prison, the complaint accused Juan Carlos I of seven crimes, including that of belonging to a criminal organization.

The case of opaque cards, the “attempt to regularize” the amounts defrauded with them, the gift of 5 million from the president of Kazakhstan, also advanced by elDiario.es, the information about investments in Ibex companies by a foundation whose beneficiary is the king emeritus in Ibex companies, or the briefcase with cash that Juan Carlos I of Bahrain transferred to Switzerland, have motivated the plaintiffs to insist on the thirteen crimes included in the complaint against Juan Carlos I and several people in his environment, making special incidence in tax fraud and money laundering.

That complaint was rejected by the Supreme Court, just as the piece of the Villarejo case was filed in the National Court, for lack of criminal evidence and the inviolability that Juan Carlos I enjoyed while he was head of State. However, last July, and given the new information about a delivery of 65 million euros by Saudi Arabia to Juan Carlos I in 2008, Izquierda Unida requested the reopening of the case filed. The latest news in this regard is that the Criminal Chamber of the Supreme Court had demanded 12,000 euros from the plaintiffs to be able to exercise popular action, regardless of whether they later agreed to open an investigation. IU and the rest of the signatories satisfied the amount.

In this expansion, the plaintiffs try to judicially focus all the scandals of the emeritus monarch that the media have been reporting on and about which the Prosecutor’s Office has only briefly commented that Anti-Corruption opened three investigative proceedings that are now in the hands of the Prosecutor’s Office of the Supreme Court. The extension of the complaint states that “it is very pertinent at this time” that it be an investigating magistrate of the High Court who “directs the investigation work and the coordination of the investigator and the accusations, with democratic transparency.”

The revelations that the Swiss Prosecutor’s Office is investigating Corinna Larsen and the managers of the King’s funds in that country dates back to last March without the Spanish Public Ministry having ruled on the matter in the form of a complaint or request to archive the Proceedings related to that case opened in Spain and which reached the Supreme Court Prosecutor’s Office, by order of the attorney general, Dolores Delgado, six months ago.

“The role of the Prosecutor’s Office is in question, whose slow progress in open investigations generates undoubted mistrust in a large part of society regarding a timorous act that, in the eyes of many citizens, let us say it clearly, is due to the chill produced by prosecuting to the former head of State and to thoroughly investigate the organized corruption that is, allegedly, behind his figure ”, stated the lawyer Moreno in his letter.

The extension of the complaint also refers to the “attempt to regularize” Juan Carlos I. His lawyer presented a statement that allegedly resulted in a debt of 678,393 euros, paid below, always according to the lawyer Javier Sánchez-Junco. Neither the Public Prosecutor’s Office, nor the central government, nor the regional Executive, before which the debt in concept of donation tax would have been satisfied, have ruled in this regard.

Debt payment does not prevent investigation

Izquierda Unida refers to a ruling of the Supreme Court, 392/2019, according to which the payment of the amounts defrauded does not eliminate criminal responsibilities if the tax subject has been warned before an investigation against him, such as the State Attorney General’s Office he has acknowledged that he did with Juan Carlos I “in the first days of November.”

The plaintiffs assure that there is no “spontaneous” compensation to the Administration because the fraudster, in this case Juan Carlos I, was already aware of the investigation against him and that, therefore, the assumptions included in the jurisprudence to extinguish any criminal liability are not met. . In addition, the letter says, the attempt to regularize “calls into question the true scope of the amounts defrauded and, in turn, the origin itself, which is most likely illegal., of the funds, with which the payment to the public treasury would have been made ”.

The letter from Izquierda Unida takes advantage of it to vindicate the role of the parties in the exercise of popular action, an assumption that foresees eliminating the reform of the Criminal Procedure Law whose preliminary draft has recently been approved by the Council of Ministers. “The political parties, as a public actor, have the constitutional mandate to attend the formation and manifestation of the popular will, guarantee the defense of legality and channel social harmony”, argue from IU, the PCE and the Left Lawyers .

As they did in the initial complaint, the signatories of the same question the principle of inviolability that the Prosecutor’s Office wants to apply to the monarch in the case of the donation received from Saudi Arabia, and that the Swiss Prosecutor considers an alleged bite. They consider that the inviolability of the monarch only affected the acts of the position and that money laundering and tax fraud “are not functions of the performance of the Head of State.” “The Constitution does not grant him the right to impunity, a kind of right to commit a crime,” writes the lawyer Juan Moreno.

In any case, adds the lawyer, the investments made from the Zagatka foundation, to which the millions of Saudi Arabia of allegedly illicit origin were to be paid, were made after the loss of the monarch’s inviolability, as well as the expenses of the opaque cards which, as revealed elDiario.es, affect the years 2016, 2017 and 2018. In both cases there is a possible crime of money laundering, he adds.

“Important sectors of politics, business, the media have conspired to look the other way while carrying out practices incompatible with the rule of law and the constitutional functions assigned to the former head of state,” he concludes.