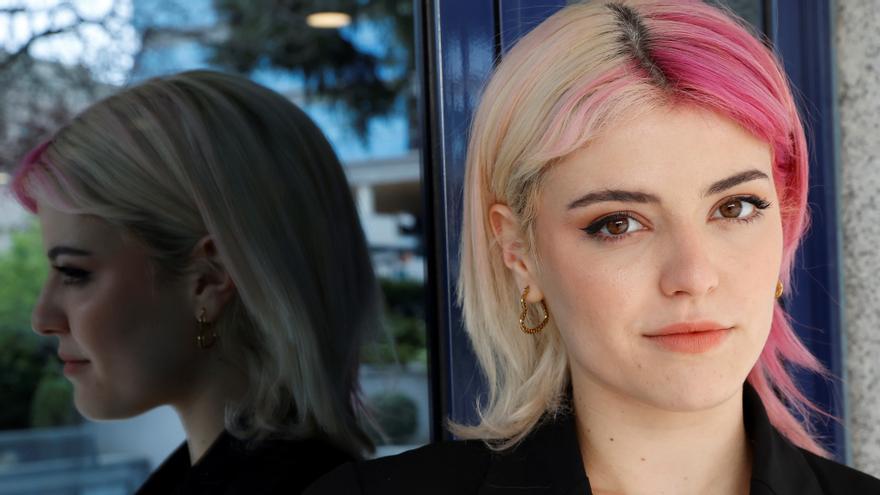 Madrid, Mar 26 (EFE) .- After a year and a half since she released her first album, this Friday Alba Reche launches her new record project, “La Pequena Seed”, with a totally different concept from the one seen so far “more electronic” and in which he continues to “vindicate” his values ​​as a personal seal.

“It is rare to champion certain issues, you have to be very sure of what you speak and say; in my case I feel sure of some things, such as the feminist message, and I keep getting wet and speaking clearly,” he tells Efe in an interview before courts such as “Que bailen”, a collaboration with the Mexican Cami that he defines as a cry of protest against the injustices of society.

Reche (Elche, 1997) says that the name of the album came from “a little interview” with one of her friends when she was teaching them the new songs, when she asked him what the songs meant to her.

“They are like a small seed of what I want to become and do. At that moment the light bulb went on and I proposed it to the team, they liked it and that’s how it stayed,” he adds.

After passing through “Operación Triunfo 2018”, a program in which the artist became known to the world, and fulfilling her dream of being nominated for a Latin Grammy for “Quimera” (2019), Reche has found her niche on the scene musical, despite taking “a little time.”

This “Little Seed” (Universal) is a short but very intense album: eight songs in less than half an hour that prove her progress as a composer and performer, setting in chords and stanzas the vital moment in which they were conceived.

“The composition and production process caught me in the middle of a pandemic and it shows musically,” says the artist with a laugh, who had “like two songs well done between January and February”, while the rest of the demos were born at the end of the spring.

On the album there is concreteness, but also variety due to the number of songs that it had written. “I had to make a screen of which one entered and which one did not,” he relates, given his musical evolution between this album and the first.

“The Alba from ‘Quimera’ is very different from the Alba from ‘The Little Seed’; I see myself much more comfortable and more represented with who I am now and that is reflected in the album, being much more mature,” he confesses.

A melody evocative of folk, going more towards the electronic, but still “not naturally electronic”, is what this EP is characterized by. “It is what is the order of the day and what I listen to the most, but I have also mixed it with a bit of Latin American folk rhythm and Argentine rhythms with Spanish guitar,” he says.

Among the songs is “The bodies”, a song that Reche presents with Fuel Fandango and to which he has a “special affection”, since it is the “intermediate point of what the previous album had been and what is going to be. hereinafter”.

In addition, the woman from Elche raves about praise for the duet formed by Ale Acosta and Nita: “I have been in love with them since I first heard ‘La primavera’; they are wonderful and they stole my heart when I met them”.

Nor does he lack flattery for his other two collaborators, the Mexican singer Cami, with whom he launched the aperitif of this album, “Que bailen”, and the group Santamarta, with “Escúchala”.