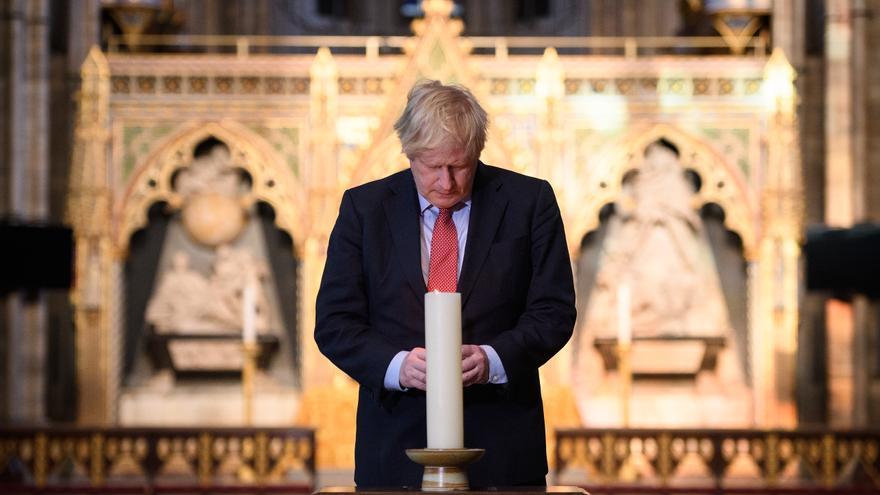 “These are the last hours,” Michel Barnier recalled before the European Parliament this Friday. The chief negotiator has appeared before the European Parliament in a debate on the state of negotiations with the United Kingdom to achieve a trade agreement and a future relationship that will come into force on January 1, “in ten days”, said Barnier, minutes before returning to sit down with his British counterparts: “It is a question of whether the United Kingdom will leave the single market and the customs union with agreement or without agreement in a few days.”

“This is the moment of truth, there are hours, very little time,” said Barnier: “A few hours that can be useful if we want the agreement to enter into force on January 1. The possibilities exist, but it is a very narrow path. When the final decision has to be made, each one will make their decisions. ”

Barnier has reproached London for opposing extending the negotiation deadlines when it could, in June: “It is the British who set this deadline so limited that it is now a corset. In June they refused to extend the transition, which they were given. he facilitated and proposed. They are going to leave with agreement or without agreement, but they are the ones who have decided. ”

The chief negotiator also highlighted: “It is an extraordinary negotiation, in nine months, we have never done it like this in the past on so many issues. We regret that the British have not wanted to go further in foreign policy, in cooperation and security, but to you have to be willing to negotiate “.

The EU negotiator has reviewed “the great difficulties” that remain open “in these last hours”. In this sense, Barnier explained that his “that this Union of 27 Member States that functions in a democratic way and founded on common values ​​with a base that is the single market, is an ecosystem. And we demand that those values ​​and principles and that market The only one that can be defended. We want an ambitious, but equitable, fair and free cooperation. With equal conditions, with fair competition, rules that are fair, also in environmental and climate matters. ”

“If the sovereign UK wants to move away from that path,” Barnier said, “it is their right, but it will have consequences when it comes to having access to the market without tariffs or quotas. The UK also wants sovereignty in fisheries, regain control. of its waters, and we accept and respect it. But if the UK wants to be able to cut off fishermen’s access to those waters at any time, the EU may also have to be able to compensate for that measure by adjusting the conditions of access to its market to products fishing. And therein lies one of the great difficulties, in fishing. It would be neither fair nor acceptable for European fishermen not to have transitional fishing rights while British companies have a stable situation. It is not fair. These are the main pitfalls “.

And he has ruled: “We only ask for a balance between rights and obligations and reciprocity in access to our market and our waters. We want an agreement, but we don’t want it at any price either. At this time, and I say it frankly, I cannot assure which one. It will be the result of this last phase. We must prepare for everything, also a possible lack of agreement. This morning we will negotiate again, for a last attempt at an agreement, especially in fishing, if we do not make an effort to reach that agreement”.

Sunday, D-day for the Eurocamara

The European Parliament has set Sunday as the deadline to ratify a possible Brexit agreement before the end of the year. “The provisional application of the agreement is not acceptable, so we hope that the Commission will send us the text as soon as possible. We will only discuss the results if an agreement is reached before midnight this Sunday. Let us not allow the London strategy to divide us “, said this Friday the president of the Socialists in the European Parliament, Iratxe García.

The declaration approved by the presidents of the parliamentary groups of the European Parliament affirms that the institution “is prepared to organize an extraordinary plenary session at the end of December, in case an agreement is reached before midnight on Sunday, December 20, for the European Parliament to debate the outcome of the negotiations and consider giving its consent. ” He adds: “Parliament insists that this depends on having access to the text of any agreement before formal referral and, in this regard, urges the European Commission to provide Parliament with a provisional text as soon as possible.”

This Thursday night British Prime Minister Boris Johnson and the President of the European Commission, Ursula von der Leyen, spoke again on the phone. And they found that “the great differences” remain, although there has been “substantial progress on some issues.”

According to a British government spokeswoman, Johnson “stressed that the negotiations are now in a serious situation. Time is very short and it seems highly probable that an agreement will not be reached unless the position of the EU changes substantially.”

“We remain ready to continue negotiations and ratify an agreement, even at a later date if one can be reached. But any agreement must enter into force on January 1, and there are no circumstances in which the UK will continue talks once that’s impossible, “said the British.

According to Downing Street, the Prime Minister said that “the UK is doing its best to accommodate reasonable requests from the EU on a level playing field. [level playing field]But although the gap has narrowed, some key areas remain challenging. ”

On fisheries, the British Government says that “the UK cannot accept a situation where it is the only sovereign country in the world that cannot control access to its own waters for a prolonged period and face fishing quotas. They were doing their own industry huge damage. The EU’s position in this area is simply not reasonable and if you want to reach an agreement it needs to be changed significantly. ”

According to sources, Johnson “repeated that there was little time left and said that if an agreement could not be reached, the UK and the EU would part ways as friends, and the UK would trade with the EU Australian-style. [sin más acuerdo que las reglas de la OMC]”.