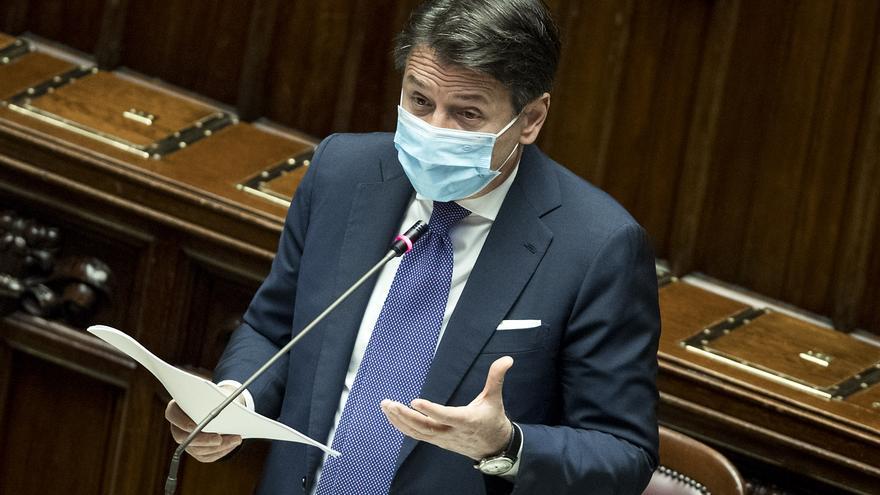 The Italian Government will approve in the next few hours a new decree to stop the coronavirus pandemic that will establish three risk phases for the regions based on their level of contagion. At the national level, the Executive implements a curfew, the total closure of museums and the closure of shopping centers on weekends.

This was explained this Monday by the Prime Minister, Giuseppe Conte, in an appearance in the Chamber of Deputies. This afternoon he will appear in the Senate and both chambers will vote on the proposals against the expansion of COVID so that the Council of Ministers approves the decree in the next few hours and that it may be in force before Wednesday.

The decree will distinguish three areas corresponding to individual risk scenarios and the transition from one region to one phase or another, in which one or other more or less severe measures will be applied, will be approved by the Italian Ministry of Health and will depend on its " risk ratio ".

In this way, Conte explained, regions with fewer cases will be prevented from taking excessive measures, necessary for those with more infections. The prime minister has not specified the specific restrictions of the regions because, according to his version, the government is still in dialogue with the regional authorities.

"For the entire national territory, where high risk levels are indicated, we want to intervene only with some specific measures that help to reinforce the contagion containment plan, which we are already pursuing with the three decrees (approved in recent months), particularly with the latter ", he highlighted. "We plan to close shopping centers on public holidays and on the eve, with the exception of pharmacies, parapharmacies, food businesses and tobacconists", he added.

The latest decree closed cinemas, theaters and other activities such as bingo halls since October 26, and in coherence with this initiative the Executive has decided to close "museums and exhibitions" and also any "betting and video game space."

They want to reduce the capacity of the local public media to 50% and limit "movements to and from regions that present a high risk coefficient, unless reasons of work, study, health or situations of need are justified".

There will also be a curfew, but Conte has not indicated the time it will start, but has limited himself to pointing out that it will be from the "late afternoon" and that it can be avoided with justified work, study reasons , health or urgency. Finally, he also proposed that second-grade secondary school students teach telematics classes.

The intention is to stop infections in a country that already accumulates 709,335 total cases of coronavirus since February 21, when the national emergency began.