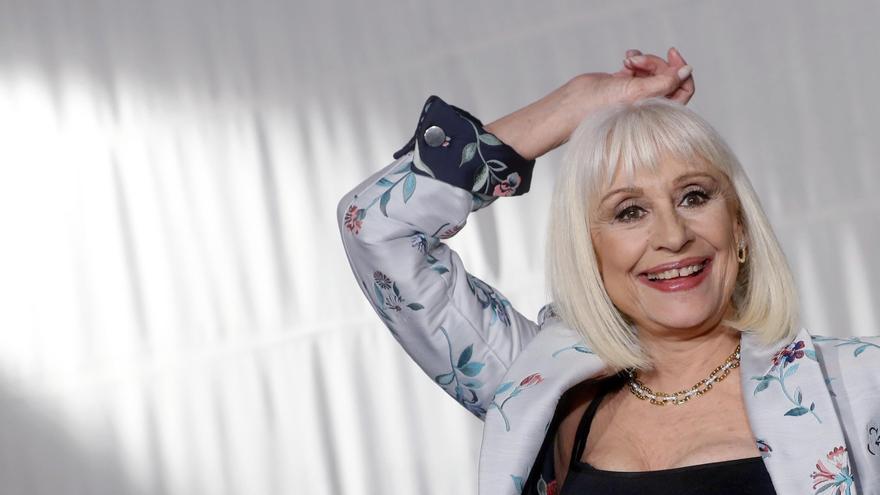 Italy says goodbye from this Wednesday until Friday to his diva Raffaella Carrà, who died on Monday at age 78, and will do so with a funeral procession, a burning chapel and a funeral in Rome, the city in which he achieved success.

The country, still shocked by the unexpected news of his death, will turn to these funerals to honor in style one of its most popular and beloved artists, also abroad, especially in Spain and Latin America.

The first act of farewell on this day of intense heat in the Italian capital is a funeral procession for the places that were important in the life and work of the presenter and singer.

His coffin, in a car escorted by police motorcycles, left the house where he lived for the last forty years, in the Via Nemea of ​​the Vigna Clara neighborhood, a house surrounded by a garden on the northern outskirts of the capital, away from its busy center.

He was stopping at various venues of the Italian public television, the RAI, temples of the show where he conquered the public with his songs, dances and his sympathy in the many programs in which he participated throughout his long career.

The first point where he stopped was the RAI auditorium in the Foro Italico, next to the Olympic stadium, which they have already proposed to be baptized with his name in the future. At your doorstep, dozens of workers and supporters gave him an emotional applause.

Afterwards, it will pass by the RAI headquarters in via Teulada, where the legendary program was filmed “Studio one“in which Raffaella appeared in the sixties and the procession will also parade through the entity’s headquarters on Mazzini Street.

It will also stop at the Teatro de las Victorias, where in 1971 Carrà scandalized by appearing for the first time before the cameras of the program “Canzonissima“with a suit that revealed her navel, something inappropriate for the codes of the Italy of the time.

It was also on that show that he presented one of his most famous songs, “Tuca tuca“and their dance as a couple, which consisted of touching the knees, hips or head of the other, which aroused the censorship of the time and irritated the Vatican.

The funeral procession will come to an end in the complex of the Camidoglio, seat of the Roman City Council and which will host the burning chapel of the star from 6:00 p.m. local time today (4:00 p.m. GMT) until next Friday, to allow its legion of followers to say goodbye.

The burning chapel will run throughout the day this Thursday, until at noon on Friday (10.00 GMT) his funeral is officiated at the nearby church of Santa María in Ara Coeli.

Raffaella Maria Roberta Pelloni was born in Bologna (Emilia-Romagna, northern Italy) on June 18, 1943, but he moved to the capital at the age of 8 to learn from the choreographer Jia Ruskaia, founder of the National Academy of Dance.

The disease that has ended his life, of which there is no confirmation, has caught Italy by surprise, because apparently the diva did not want me to tarnish her legacy of joy and spectacle.