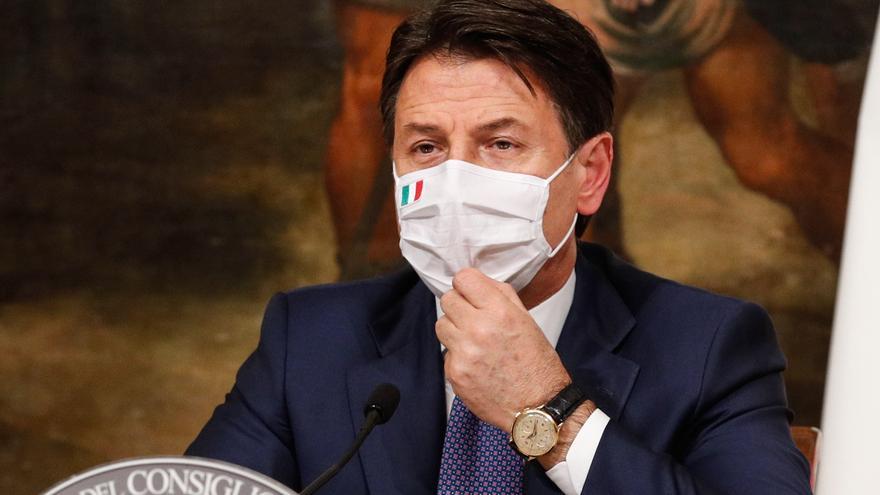 The Italian Government has approved this Friday new restrictions against the coronavirus that include an almost total confinement throughout the country for most of the period of the Christmas holidays. It has been announced by Prime Minister Giuseppe Conte, who has described the decision as “painful”, according to local media: “The situation continues to be difficult, also throughout Europe and the virus continues to circulate. It allows itself to bend but not defeat. We must intervene and I assure you that it is not an easy decision. That is why we have adopted a new balanced decree, “he said.

In the new regulations, an almost total closure is decreed in the country during holidays and their eve between December 24 and January 6. In addition, the measures will be lowered somewhat in the rest of the business days that remain in between.

Conte has established these as “red days” and there will be ten in total: December 24, 25, 26, 27, 31 December 2020 and January 1, 2, 3, 5 and 6, 2021. In them, only You can leave home to work or if health reasons are alleged, the president has specified. In the hotel industry, for its part, bars and restaurants will be closed and also stores, only those of first necessity and pharmacies or parapharmacies will open. In addition, according to local media, citing the prime minister, on these days sports can be practiced outdoors and near homes.

Regarding visits, despite this almost total confinement, Italians will also be able to meet in their homes with family and friends: “It is possible to receive up to two people who do not live with their children under the age of 14. It is a measure that we have designed to allow that minimum of sociability that corresponds to this period, “he added.

The rest of the days of the festivities, that is to say, December 28, 29, 30 and January 4, will be “oranges”. In that case, citizens may move in their municipalities without justifying reasons. In hospitality, bars and restaurants will be closed and can only serve take away food. In addition, shops may open until 9:00 p.m. and there is a maximum of two people outside the family unit who can join the same meeting. .

Regarding the curfew, it will be until 10 pm.