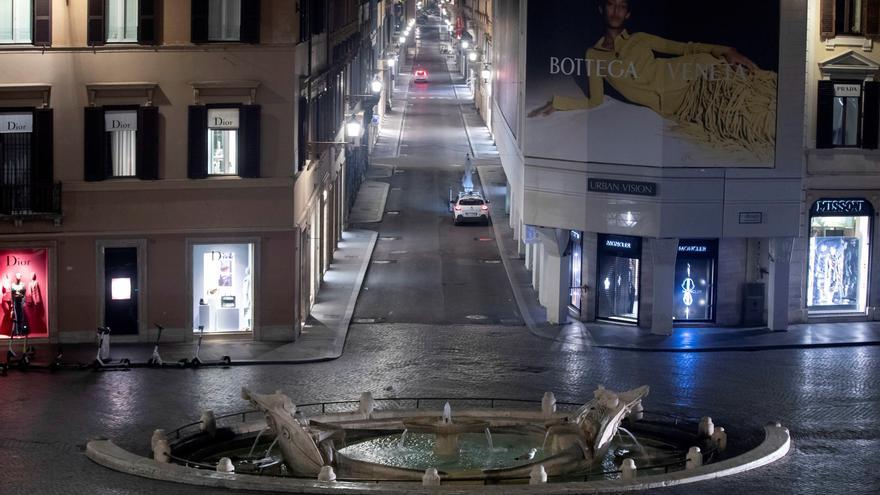 The President of the Italian Government, Giuseppe Conte, signed a new decree this Sunday that imposes the closure of swimming pools, gyms, theaters and cinemas from tomorrow and forces the closure of locals, bars and restaurants at 6:00 p.m. in an attempt to stop the COVID-19 infections, which have skyrocketed in the country.

After hours of negotiation with the regions that sought aid for the owners of bars and restaurants, this new decree was signed, which is valid from tomorrow until November 24. For the moment, restaurants and bars may open with these hours on Sundays and holidays.

The tightening of anti-contagion measures comes before the exponential increase in cases that this Saturday were 19,644 in the last 24 hours and 151 deaths. Italy follows with great concern the increase in hospitalizations, which are already 12,415 throughout the country, with an increase of 817 compared to Friday. Those admitted to intensive care units increased by 79 people and there are now 1,128 patients in the ICU.

The new decree recalls the mandatory use of masks at all times and it is recommended to avoid receiving people who are not cohabitants at home. Although the national curfew has been avoided, which already exists in regions such as Lazio, whose capital is Rome, Campania, Sicily, Calabria and Lombardia, the regions are given the power to close those areas where there may be agglomerations from the 21.00.

Restaurants, bars, pubs, ice cream parlors and patisseries may be open only from 5:00 a.m. to 6:00 p.m., but they are allowed to open on Sundays and holidays. Only four people per table are allowed if they are not from the same family nucleus and home delivery up to 24 hours. Gymnasiums, swimming pools and spas, as well as cultural centers, social centers, recreation centers and bingo halls and casinos and amusement parks are also expected to be closed, while parks and playgrounds for children remain open.

Theaters, cinemas and concert halls are also closed, and all types of organization of events and conferences in presence will be prohibited. The opening of the ski resorts will not be allowed, especially after the images of this Saturday with long lines and people crowded on the ski lifts.

The Government did not decree the prohibition of moving between regions, but it does “strongly recommend to all persons not to travel, by public or private means of transport, to a municipality other than that of residence, domicile or domicile, except for proven needs of work or study, for health reasons “.

It also introduces new measures to apply distance learning to at least 75% of students in second-grade secondary education courses, that is, over 14 years of age. Conte is expected to appear this Sunday at a press conference to explain the content of the new decree.