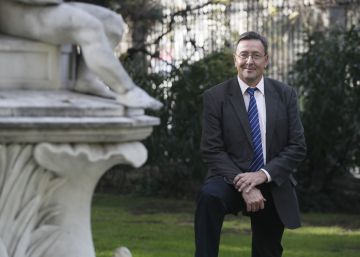 The terrestrial aquatic plants led the biologist Carlos Duarte (Lisbon, 59 years) to the world of coastal ecosystems: mangroves, posidonia meadows, marshes … At that time, at the dawn of the nineties, that strip of land was considered “a no man’s land, despised and ignored. The ugly duckling of marine conservation,” describes the scientist. His research has placed these coastal ecosystems in first place as guardians of biodiversity: they are the most efficient carbon sinks, defend the coast against storms and tsunamis, and a third of the planet’s fisheries depend on them. The BBVA Foundation has awarded him the Frontiers of Knowledge award in the category of Ecology and Conservation Biology, worth 400,000 euros, together with marine biologists Terence Hughes and Daniel Pauly.

Question. How important are coastal ecosystems?

Reply. It is the transition strip between the land and the sea where the mangroves are located, the underwater meadows, the marshes … It is a vulnerable place, which was previously perceived as an obstacle that had to be disposed of. It has now been shown that they are large carbon sinks [el gas de efecto invernadero más potente]. One hectare of a posidonia meadow has the ability to capture and remove from the atmosphere the same carbon as 17 hectares of pristine Amazon forest. In the Balearic Islands, Alicante or Valencia we have an amazon forest in the sea. In addition, they are the first line of defense in coastal protection as was evident with the 2006 tsunami in the Indian Ocean that caused almost 250,000 deaths. In areas with meadows and, above all, with mangroves there was practically no mortality. From there, Indonesia, Thailand, Malaysia and India began their recovery. Demonstrating this triple role is the fundamental contribution of my research.

P. What is the difference between terrestrial forests such as carbon sinks and marine ones?

R. We are seeing it with the fires of Australia, the carbon that accumulates in a forest is emitted again with the fire. In the sea there are no fires, and, in addition, the soils are deficient in oxygen, so that carbon accumulates over millennia. In port Lligat, a bay in Cadaqués where Salvador Dalí spent the summer, there are carbon deposits 11 meters thick formed over 10,000 years, something impossible in terrestrial forests.

R. Globally we estimate that we have lost half of underwater grasslands and mangrove forests. Of the marshes we have less data, but they may have gone back 80%. This has led to exposing the coast to storms, as well as affecting the erosion of coasts and beaches. In the Caribbean there are hotel areas where the grasslands started and have lost the beach. But there are encouraging data, in the last 10 years the loss of mangroves, underwater meadows and marshes has stopped, which is between 2 and 3% per year, a disappearance between four and six times higher than that of tropical forests. In Europe and North America they are recovering and in the Red Sea they have increased by 13% in recent years.

R. Posidonia are clonal organisms with a creeping stem that extends superficially. In a terrestrial forest when you plant three trees, after the same years you have one, but when you plant three specimens of posidonia after 10 years you can get several million. It is an explosive process that accelerates over time. In the Balearic Islands we detect that posidonia is the longest plant in the biosphere; We found in Formentera plants that had been formed with seeds 30,000 and 100,000 years ago and were one kilometer long. We are learning that what bothers people are giant trees lying on sea milk.

P. What are the challenges?

R. Regain your extension. There are important resources but they are not efficient. We could achieve in 30 years, in a generation, to repopulate the coasts at a global level if the level of ambition and the scale of the projects is increased.

R. It is complicated. In the Mediterranean, three generations would be needed to recover underwater grasslands. We have to stop seeing the first coastline as the most coveted, because it is not from brick but from marine forests. The greatest loss on our coasts occurred in the sixties. In Blanes, where I worked for 10 years, about two hectares of posidonia must remain. There are pictures of the fifties, with everything full of leaf litter from the aquatic plant. The neighbors used it as fertilizer in the fields. In the Balearic Islands there are still important extensions, also in Almería, in the south of Alicante and in Murcia.

P. What is blue carbon?

R. The United Nations created a fund that preserves forest owners in danger of being cut down for conservation, but it only existed for terrestrials. As a result of my research, we thought that we had to put in value what the sailors suppose for carbon sequestration and to call attention we call it blue carbon as opposed to green. The initiative promotes the conservation and restoration of marine forests.

P. He is Professor of Marine Sciences at King Abdullah University in Saudi Arabia. Why there?

R. Because with the crisis in Spain the investment in science was undone. It is a privilege to carry 40 years of research and I want to give something back to society. Here I have the intellectual freedom and administrative facilities for it. I don’t want to be the notary of the loss of ecosystems and I want for my grandson an ocean like the one I knew or the one my grandfather saw and that is possible.