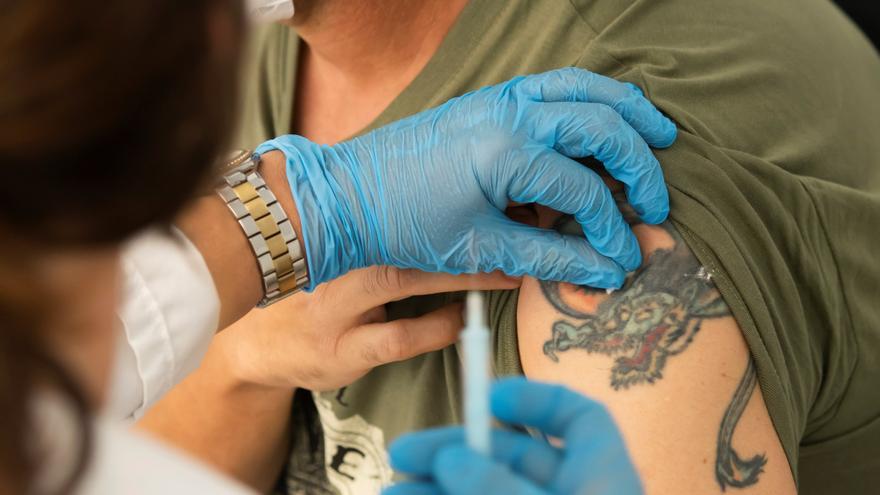 Vaccines have been the great success of the Spanish fight against the pandemic. There was an unspeakable fight in public health in the first and dramatic months of the emergency, but unfortunately that was a fight against an enemy that was too powerful without the necessary means. With vaccination, the results have lived up to the effort. Right now, Spain is one of the countries in the world with the highest percentage of vaccination ahead of Italy, Germany, France and the USA. But it would not be Spain if someone did not try to offer the opposite balance: everything is a disaster and nothing works well.

It was inevitable that the Popular Party in Madrid would take the initiative in trying to blur that positive point among so many negative news. At a time when all the countries of the world have been running for months so that vaccination can neutralize the advance of a disease that has not disappeared, the Minister of Health offered the phrase of the week. He accused the Government of having made the vaccination campaign “a competition to see who puts more and more quickly,” said Enrique Ruiz Escudero.

That was supposed to be the idea. Vaccinate as quickly as possible. Well, it’s not going to be. What a rush there is to get the data so that some autonomous communities come out ahead of others. This is what those at the bottom of the ladder tend to say. Madrid was left behind again, as it happened in the first months, and it was time to leave with excuses.

In propaganda terms, it is not a winning idea coming from the Government whose president said a few months ago: “If it had not been for the Government, I would already have Madrid vaccinated 100%.” He announced it in April without anyone knowing how Isabel Díaz Ayuso had managed to reach the point where no country in the world was. For this reason, Ruiz Escudero returned on Friday to put the Barajas joker on the table, which is what he does when he has bad cards, and to complain that the central government does not put more controls at the airport. He offered the information that 418 positives have been detected in international travelers in Barajas this year.

According to data from the Ministry of Health, between January 1 and July 22, 2021 385,080 infections have occurred in the community. Even if Barajas had been closed in that period of time, something that the Ayuso government has not dared to ask for, it is clear that that would not have stopped the pandemic.

In fact, the most recent Madrid vaccination data is not that horrible. They’ve sped up in the last week at the price of creating long lines in front of the Isabel Zendal Hospital at a temperature of more than 35 degrees, and now they have already put 94.6% of the vaccines delivered, a figure almost identical to that of Catalonia and the Valencian Community. That is fine if we talk about health, but if what counts is politics, it is not enough. We must respond with scandalized attacks because, as Ayuso said this week, “evil never rests.” Lucifer cannot be allowed to take credit for vaccination and condemn us to an eternal curse.

Some communities have decided to open vaccination to anyone who asks, including the very young. Are there vaccines for everyone right now? That is more doubtful. You create a gigantic waiting list and you already have an excuse to complain that you are not getting enough doses. In Galicia, they have been overcome. Before making public this call for young people between 16 and 19 years old, 6,000 of them had already signed up and got his turn. How did they find out? Nobody knows. Thing of meigas.

What is also a mystery is knowing what went through the mind of the Minister of Health when she assumed that a third booster dose of the vaccine will be necessary. The only question is choosing the right moment. “What will have to be determined is when we start,” said Carolina Darias. That is a possibility that should not be ruled out, but there is no scientific evidence that forces us to announce it now. The drug agencies of Europe and the US have not decided. Pfizer has already said so, although it is obviously a stakeholder.

It is highly debatable to start announcing that rich countries will need a third dose, for which they will surely want to take priority, while many countries in Africa and Asia have very small vaccination rates. The time will come when European rulers will boast of having the vast majority of their population vaccinated and will believe that this story is over. Nothing is further from reality. The longer the disease is in circulation on the planet, the more possibilities there will be that new variants will appear that are more capable of jumping between human beings or, what is the same, of generating more infections.

Darias should also know that if he opens the door to the third dose, by the end of the year he will have the Madrid government denouncing that he does not receive enough vaccines for that inoculation. In addition to asking for more controls in Barajas to stop the last variant while asking for more tourists to arrive to enjoy the freedom of Madrid. The important thing is the headline. The rest is secondary, even if it occupies you the whole working day.

Tags: big, do not, only, pandemic, Spain, success, vaccination, will complain, would be, yes