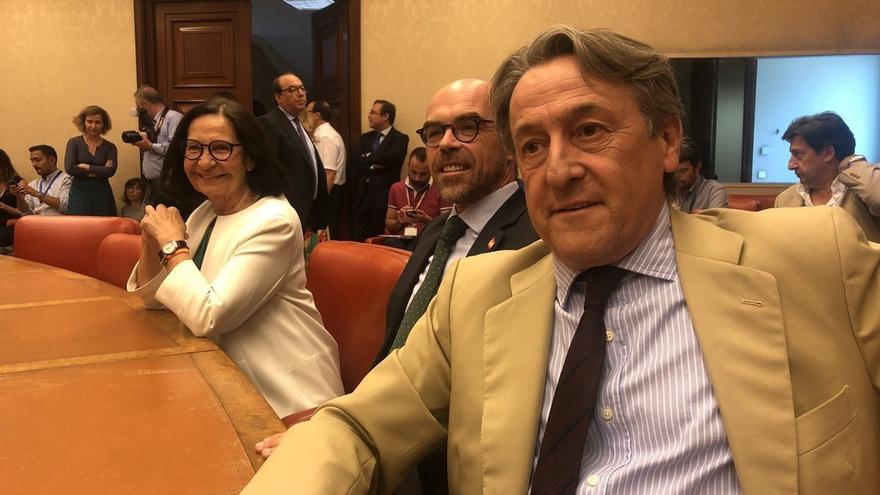 “Against the acquis communautaire”. It is the summary made by the Historical Memory group of the European Parliament of the letter sent last Thursday by the Vox MEP Hermann Tertsch to the entire European Parliament. ANDIn his message, plagued with hoaxes, he charges against the draft of the Government’s Democratic Memory and defends the legacy of the Valley of the Fallen.

As a result, this Monday the Historical Memory group of the European Parliament has sent a letter to the president of the institution, David Sassoli, in which they show their “absolute rejection of the Francoist message published last week by MEP Hermann Tertsch, of the far-right and neo-Francoist party VOX “. Thus, they consider that the text “does not comply with the community heritage on democratic memory and protection of victims and that it comes from a party that does not condemn Francoism, that participates in acts of glorification and trivialization of this dictatorship.”

“The message sent last week would be punished as a crime in Germany or Italy if it referred to Hitler or Mussolini”, states the letter sent to Sassoli: “In Spain, due to the inadequate application of the acquis communautaire in memory, neo-Francoism operates with total impunity, and this is one of the aspects that the new draft of the Memory Law, criticized by MEP Hermann Terstch, aims to correct “.

The Vox MEP sent an email plagued with inaccuracies and falsehoods about the draft Democratic Memory law, which in no case did he attach in his message. In his text, Tertsch compared “the desecration of the grave [de Franco]”with the persecution of Christians in the thirties of the last century”, when, he affirms, “socialists, communists and anarchists in Spain murdered more than 12,000 priests and nuns, dozens of bishops and high clergymen”.

The Vox MEP argued that the “European Parliament should ask the radical left government in Spain to stop trying to impose the myths and lies of communism as official truth and put an end to its attempt to repress the truth and initiate judicial prosecution of historical facts “. In addition, Tertsch attributed content to the law that does not appear in the text.

“The desire for freedom of the great majority of the inhabitants of the Spanish State,” the letter continues, “gave rise to a transition process that prevented the many Francoists who held key positions in the administration of the State and justice from being tried by their crimes. During the process, an amnesty law was passed which, over time, has become a full stop law. Numerous international organizations from the United Nations to the Council of Europe have denounced this anomaly and advised that it should be corrected This Parliament has overwhelmingly called for an investigation of all crimes against humanity, such as those committed by Franco, that occurred on European soil. ”

The letter recalls that the email from the Vox MEP “criticizes the new Memory law that the Spanish Government is drafting and that has been pending for years. This law simply seeks to offer the victims of Franco the truth, justice and reparation that does not They have had. Therefore, the message received last week is a flagrant violation of those norms and a real scandal that deserves to be rejected.

And he concludes: “Therefore, we ask that you make a formal statement rejecting the content of the VOX email.”

Letter to Sassoli from the group … by eldiario.es