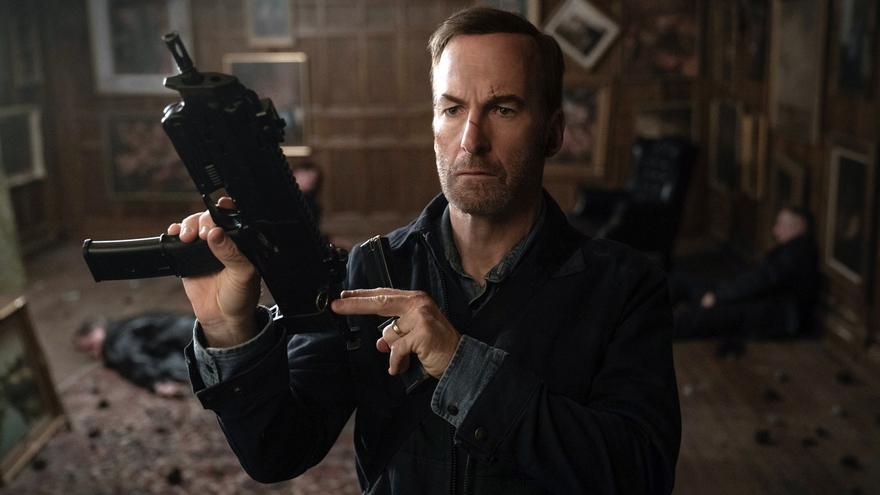 Los Angeles (USA), March 25 (EFE) .- Bob Odenkirk is one of those actors whose image has been irretrievably linked to a character. His, the cynical “Breaking Bad” Saul Goodman, came in double with the prequel “Better Call Saul,” due to be fired in 2022 after more than a decade between the two series.

“I do not think it will be difficult for me to say goodbye to Saul Goodman. I will feel bad because I like him, but it is difficult to be in someone’s skin, worries, emotions and life for so long,” the actor explained during a video call with Eph.

He is not the only one who feels the weight, good and bad, of being a regular on the small screen: “I was reading James Gandolfini, who went so far as to say that he felt oppressed by the character of Tony Soprano over time. And I know Bryan Cranston felt the same with Walter White, he was looking forward to it. ”

Odenkirk (Illinois, 1962) this week premieres the action film “Nobody”, his first feature film since “Little Women” (2019) while fans of the “Breaking Bad” universe await the last episodes of the derivative fiction about the lawyer expert in representing criminals.

“Playing Saul Goodman taught me to interpret honestly and with an open heart, in ‘Nobody’ the protagonist is also very honest, with frustrated feelings and a lot of depth,” he analyzed.

Although giving life to another person for more than 10 years can be “too much”.

As an escape from that routine and to be able to shoot the best possible action film, Odenkirk spent “almost two years” training for the character, a family man who appears to lead a completely normal life until criminals break into his house violently.

By refusing to defend himself and after being reprimanded by his family, the protagonist, known as Hutch Mansell, discovers another facet in search of revenge and a reckoning with his past.

“I LAUGHED AT ACTION FILMS, I THOUGHT THEY WERE RIDICULOUS”

The funny thing is that Odenkirk, who started out in the entertainment world as a writer of comic “sketches” on “Saturday Night Live”, never imagined that he would end up carrying weapons and punching criminals – or being one of them – in front of the cameras.

“I actually laughed at action movies, I thought they were ridiculous. I liked some of Jackie Chan and Clint Eastwood, but I was never a fan of the genre,” he said.

Now he not only likes it, but claims that shooting scenes like the frenetic fight on a bus, one of the highlights of “Nobody”, “is the most fun” he has done since he started in the movies.

“I was in good shape, but I had to get better to fight,” he detailed about his training.

“Nobody” – “nobody” in Spanish – is also the motto that drives the protagonist to get involved in the action plot.

“Sometimes we say those things to ourselves,” he analyzes. “This man says it to himself (” nobody “) because he has corrected and hidden himself so much that he feels like a nobody. And if one feels that way, it is a matter of perspective. “.

The film, an hour and a half of chase that goes to the point from minute one, is the reinvention as an action star of this interpreter who has been nominated for the Emmy and the Golden Globes for the same character in two television phenomena.

He came to “Breaking Bad” in season two as a secondary, became a series regular in season three, and when the finale came, he was chosen to star in a spinoff series. Now, “Nobody” is your steadfast entry into the rawest action.

“And I come from comedy,” insists Odenkirk.

Tags: bob, do not, fire, goodman, hard, it will be, odenkirk, saul, weather