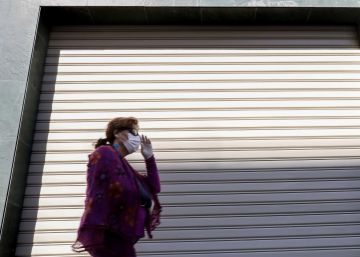 The extension of the social protection umbrella deployed in the face of the coronavirus pandemic last Tuesday with the latest royal omnibus law decree approved by the Council of Ministers incorporated a specific chapter aimed at protecting consumers. Faced with the impossibility that they enjoy during the alarm state of multiple goods or services contracted prior to the health emergency, the Executive establishes a series of protocols that establish when and how they can be compensated. The text, however, also seeks to give some air to the companies that served them, making it easier for them to delay compensation for a general period of up to two and a half months or a full year in the case of travel.

A priori, article 36 of the rule, in force since last Thursday, stipulates that if the measures associated with the state of alarm make it “impossible” to comply with contracts for the sale of goods or the provision of services, consumers and users “will have right to terminate the contract within 14 days ”.

However, the resolution can only be executed within this period if it is not possible for the contracted company to offer some type of alternative compensation proposal before the reimbursement. The text contemplates options such as the offer of substitute bonds or vouchers and delays the option for the consumer to claim the money until “a period of 60 days has elapsed from the impossible execution of the contract without agreement between the parties on the proposal” alternative.

If an agreement is not reached in those two months, the employer must return the money to the client who requires it, with the same formula with which the payment was made, within a period of 14 days and discounting the “incurred expenses duly itemized”.

In the case of the provision of recurring services (successive contract contracts), such as gyms or academies, what is foreseen is the recovery of the service afterwards and the return of the payment only if the consumer does not accept for the period of services not provided ” to reduce the amount resulting from future installments ”. In addition, the company will refrain from charging new fees until service resumes normally.

Finally, in the case of package tours that have been canceled by the pandemic, the organizer or the retailer that will market them may provide the consumer with a voucher to be used within one year from the end of the state of alarm and its extensions. Only if after these 12 months the client continues to claim the money, will the refund proceed.

. “The decree is clearly not intended to protect the consumer, but rather to avoid an avalanche of claims against businessmen,” giving them time to stagger the reimbursements or try to offer alternatives, explains Manuel Jesús Marín López Professor of Civil Law at the University of Castilla-La Mancha and member of the Center for Consumer Studies. Marín recalls that the legislation already provided for the right of consumers to obtain financial compensation for a service not provided or purchased that is not delivered. “The article does not give new rights to the consumer”, he asserts, maintaining that, in fact, it imposes on the client the obligation to wait during those 60 days of term until he can claim the money against the alternatives that are presented to him even if that is his intention since the first day.

Despite this, there is no lack of those who recognize that the rule establishes basic principles of consumer protection in an exceptional state that could well lead companies to allege the impossibility of facing reimbursements. “It is an extraordinary and new situation”, emphasizes Carlos Ballugera, president of the Council of Consumers and Users, who gives a “very positive general assessment” to the decree and that the Government has included requests from the body and consumer associations. “The recognition of the right to return in frustrated supplies or services, in the face of doubts that force majeure could generate as an excuse for the company not to return, clarifies the situation and recognizes a high level of protection of the rights of persons consumers ”, he defends. “The decree looks at both the interest of the company and the consumer,” he concludes.

Litigation. Beyond “not giving new rights to consumers”, for Manuel Jesús Marín López Professor of Civil Law at the University of Castilla-La Mancha, the decree “could violate European standards.” This would be the case of the year of margin that is given to agencies to return the money of canceled combined trips, given the community directive that requires the refund of money directly if a journey is canceled, which it assumes could end up being the subject of lawsuits before the Court of Justice of the EU (CJEU). It would also be the case of the 14 days to claim for other services, or the fact that the expenses of the company can be subtracted from the refund, which would go against the European directives of 2011 and 2019 that impose the full refund with at least two Years warranty.

Confusing deadlines. At the same time, Marín considers that the text has “very confusingly defined” the times when the deadlines for claiming it collect start to run. Although a priori the text gives 60 days to find an alternative solution to reimbursement from the moment the service stops being provided or the good is not delivered, and 14 days to claim the money, the professor asks how he will contact the entrepreneur at that time to start the negotiation if his business is closed as a result of the state of alarm.