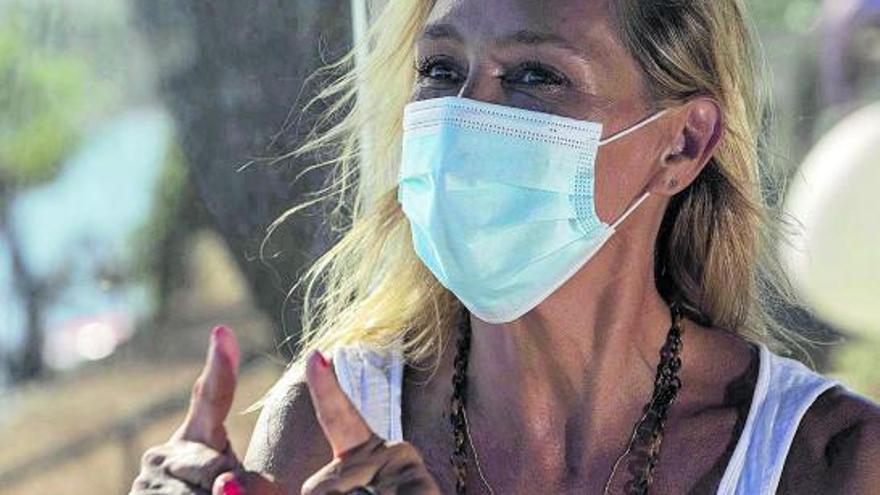 If you review the history of powerful men you realize that they have a showcase and a back room. Before we didn’t see the back room, and now it’s coming out. I believe that the emeritus king has played a very important role in our democracy. I do not like this story that has been uncovered, but I do not think it is time to rethink the political system. We have a parliamentary monarchy because Juan Carlos I wanted it, because things could have been much more complicated if he had wanted it. But that is not an obstacle so that their attitudes are reprehensible and that justice has to act.

And the interruption of the vacations of Pablo Iglesias and Irene Montero due to threats?

I think that actions like escraches should never be done. I find it pathetic that some justify it. It is a lack of respect for the other and violates their rights. Being a politician and a public figure does not mean that you can be attacked. When Pablo Iglesias said that “the insult had to be normalized” … It doesn’t seem like that to me. Understanding and good education should be normalized. Politicians should promote the agreement even if they do not have the same point of view. No one should try to divide society because of their ideology. We have the right to change our mind without anything happening.

Does the crime novel inevitably have an ideology?

More than ideology, I would say that it has the capacity to report. The crime novel goes a step beyond the enigma novel, which was the one of “cops and robbers.” The crime novel tries to say where the evil is, to review the hidden face of society. It was born to denounce the institutions themselves. Now evil is denounced within society and individuals. We are so interested in chronicles of events and the black genre because we try to explain what this evil is due to.