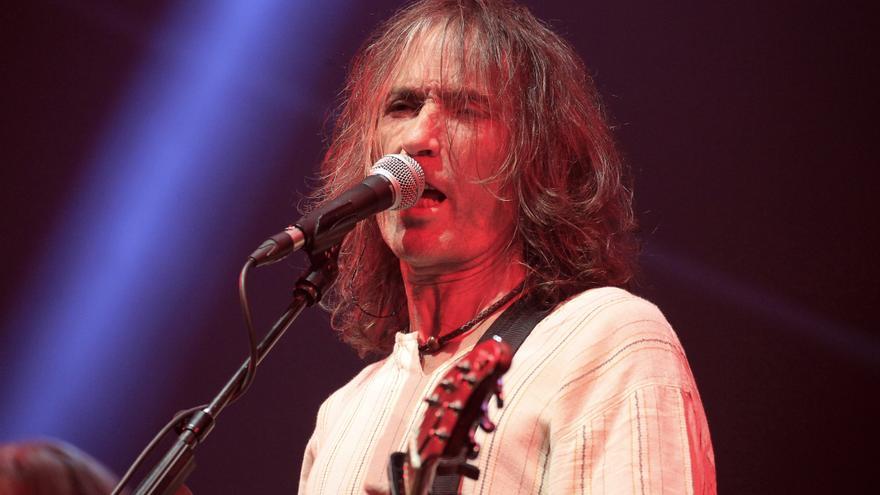 Madrid, Aug 11 (EFE) .- The singer, guitarist, composer and former Extremoduro member, Robe Iniesta, announces his second solo tour, nineteen concerts that will begin on September 4 in Granada to continue, if health conditions allow it , facing next May, the date on which he plans to “be able to launch a new song.”

“We have been in a pandemic for a year and a half and we have to adapt to the circumstances, things cannot continue to catch us by surprise,” Robe Iniesta said this morning during the presentation of his new tour, in which he will establish measures that allow us to weather the health situation without having to postpone or cancel dates.

This morning the Círculo de Bellas Artes de Madrid hosted the presentation of Robe’s new tour. After postponing the Extremoduro tour on two occasions, before canceling it due to sanitary restrictions last April, he presents alternatives to be able to go on stage with his solo work.

“Tickets are not going to go on sale until fifteen days before each concert”, has shelled the composer, who proposes this solution to avoid postponements or cancellations. “If things get worse and capacity is reduced, the tickets will be more expensive. We cannot continue to stand still any longer ”, he stressed.

From September to November and with the intention of continuing “in May and next year” if circumstances permit, Robe and his band formed by Álvaro Rodríguez (piano and hammond), Carlitos Pérez (violin), Alber Fuentes (drums ), Woody Amores (guitar) and David Lerman (bass) will tour nineteen points of the Spanish geography.

This tour is the vocalist’s second after “Welcome to the Temporal” (2017). Then, and according to indicates, the band had the illusion of doing a tour with completely new songs. Now, and as Iniesta points out, “life goes on”, and that is why they will not only perform songs by Robe, but also by Extremoduro. “Extremoduro may have ended, but my life is not,” he says.

“Extremoduro is a group that dissolved. There was going to be a farewell tour that couldn’t be, and I don’t know what’s going to happen with that. When we know what is going to happen, I will tell you all ”, Iniesta stated bluntly about the future of Extremoduro, solving the unknown that flourished among his followers after the cancellation of the band’s tour last April.

Robe now has his sights and hopes on the future: “I like what I’m doing, it would be a shame if I only liked what I did thirty years ago.” He has also advanced that during confinement he has worked with his band songs that will see the light of face next year.

“It has been a good time to create,” he says about the confinement, in which the musician has taken the opportunity to play the guitar. Although it will take time to see the light, since they have not been able to get together to record and according to the Extremaduran they have avoided making songs outside the rehearsal room – a place where they really “get the juice”, according to his words -, he is clear: “There is material for another whole album.”

He stresses that what he likes is creating them: “Get into the rehearsal room and freak out with them.”

In addition, he feels excited: “I think I have the best band I have ever had in my life. We are more of a group than Extremoduro has ever been, in many things. How do we work on songs or how do we take artistic directions ”, he highlights about the group’s way of working, since a“ good tune ”prevails.

This illusion is what becomes fuel to start the project, in which old songs will be played as well as new ones, such as those of “Mayrapeutics”, his most recent project, with which he brings back his music on stage.

The author insists on the need for concerts: “We are a tourist and cultural country. The world of music is always the latest, the aid is the minimum. That’s why it’s time to adapt and play whatever it takes ”.

With two dates in their native Plasencia, the band will visit Granada, Valencia, Rivas (Madrid), Fuengirola, San Fernando, Mérida and Seville in September, to play during October in Donostia, Santander, Plasencia, Murcia, Alicante, Pamplona and A Coruña , and conclude in November with Bilbao, Zaragoza, Valladolid, Avilés and Barcelona.