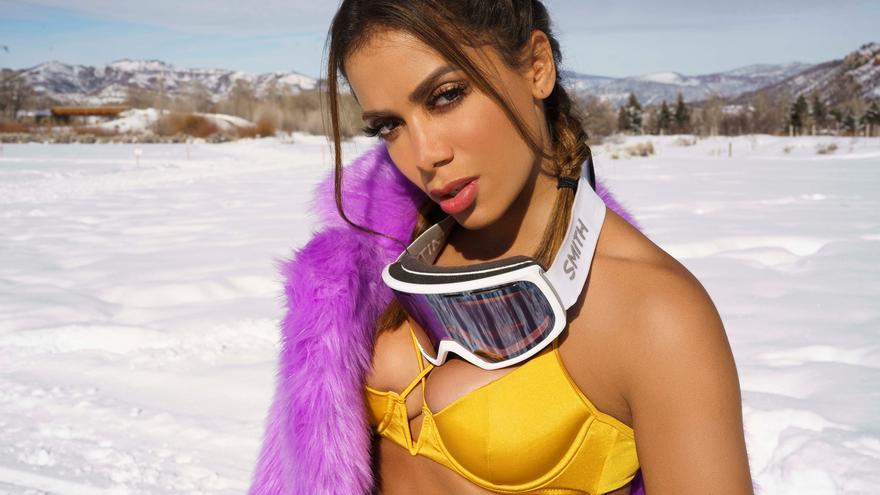 Los Angeles (USA), Feb 16 (EFE) .- Anitta, the Brazilian queen of pop, will celebrate her particular Carnival this Tuesday through a virtual concert on social networks in a year in which Brazil has remained without the traditional celebration in the streets due to the impact of the coronavirus.

“Carnival is the greatest and best moment for our country: all the people are in the street, enjoying themselves, partying. (…) This year cannot be and we want to help celebrate,” Anitta said in an interview with Efe .

The artist explained that this concert, organized by the Korbel champagne brand, aims to explain to the world that there are other types of carnivals in Brazil, “far from the famous ones of Rio de Janeiro and São Paulo, and from samba and the pens”.

“Carnival in Brazil is like a great Halloween in the US, full of fantasy and lasts ten days. It is something magical,” he insisted.

“I SO MUCH STRANGE THE CONCERTS IN PERSON”

For Anitta, the idea of ​​transporting her music to the homes of thousands of people through the virtual concert “is a good opportunity to connect with people and feel that they continue to accompany your work.”

“But the energy of being in person, seeing people happy and enjoying it is completely different. I miss concerts in person very much,” lamented the artist.

However, she said she was “excited” to sing her latest song “Loco” for the first time live at this concert, albeit virtually.

The video clip of the song was published on January 29 on YouTube and already has more than ten million views.

Fans are already eagerly awaiting ‘Girl From Rio’, Anitta’s fifth studio album that will be released in 2021 and of which the artist has “high expectations” for being a “risky” proposal.

“It has been ready for a long time, but we were waiting to see how the pandemic was going to develop. I have very high expectations because I am mixing many Brazilian rhythms, sounds that people do not know,” said Anitta, who said that there are sounds like bossa nova , reggaeton and funk, among others.

“It’s risky because we don’t follow a formula that already works,” he added.

The new album will come from the hand of Warner Records, a company with which the artist signed a contract last year and with which she seeks to project herself even more internationally.

Regarding her international projection, Anitta argued that it is not something she needs, but that she does it to make Brazilian culture even more known.

“I have spent 10 years of my life without a manager, now that I have brought Brandon -Silverstein- into my life as a manager, I leave him with the strategy and plans. I feel very fulfilled professionally in my life: I have already achieved everything I dreamed, I don’t need anything, and I’m letting things happen naturally, “he said.