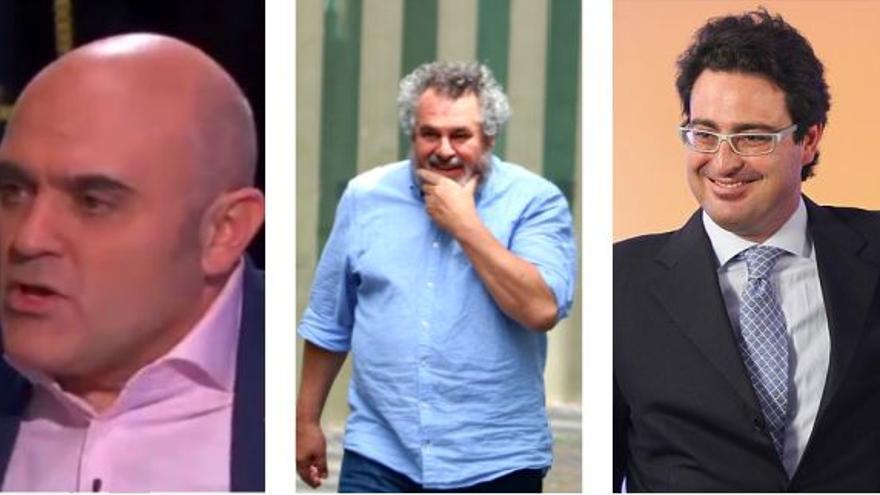 Two audios that the Civil Guard found on the phone of the former head of international relations of Convergència Democràtica de Catalunya (CDC) Víctor Terradellas are the lever on which the investigators and the judge have relied to draw an alleged Russian plot around the process. In two conversations with former CDC and ERC politicians David Madí and Xavier Mandrell, Terradellas exposes an alleged offer from a Russian group before the DUI to bring 10,000 Russian soldiers to Catalonia and take over the Catalan debt. His interlocutors react to Terradellas’s words with skepticism. “It is one thing for the Soviet state to be present and another for it to be a trap”, Vendrell goes on to say.

The audios, advanced by The newspaper Y The vanguard, were found on Terradellas’ phone during a search last year related to the alleged fraudulent diversion of grants from the Diputación de Barcelona to entities close to the CDC. According to the investigators, the files were recorded in May 2018 by Terradellas himself without his interlocutors knowing, something that the former head of international relations at the CDC denies. In fact, sources close to Terradellas assure that his defense will ask the judge for expert evidence to show that he did not make the recording.

One of the recurring topics in the conversations is cryptocurrencies. According to the judge, this alternative monetary system would not only have been part of the offer of a “Russian group” to Terradellas before the Unilateral Declaration of Independence (DUI) of October 2017, but would also serve to launder the money of irregular subsidies to CDC, to pay the expenses of Carles Puigdemont in Waterloo and even, according to the instructor’s hypothesis, to try again an independence plan.

“I think we will have to talk because if he says that there are 500,000 million dollars supported with gold that they leave us for the debt and start working, we will have to understand each other,” Terradellas explains to Vendrell, who immediately disassociates himself from the matter: ” Good, [hablar] not so much with me but with the president or the Consell de la República “.” But you do many things. He also told me about the DNI, everything that is being cooked … that is why we will have to understand each other, “Terradellas replies. The audios do not allow to specify the identity of the person to whom Terradellas refers.

The conversation continues and Vendrell ends up telling Terradellas to travel to Russia, hold a meeting, and “settle down.” He doesn’t quite trust what Terradellas tells him. “What I want to say is that one thing is that the Soviet state is present and another is that it is a trap,” the former ERC minister ends up warning. “Well, this is what I want to see,” insists Terradellas.

Vendrell asks him in any case to say that he is going “alone” so that no one believes that “no one can say that this is being done with the ‘ok’ of Puigdemont or Torra”. “No, no, I don’t say anything, on the contrary. I always say that I go alone,” Terradellas reassures him, adding that it was “very good” for him that “the president did not believe anything,” in reference to the supposed 10,000 soldiers Russians to defend independent Catalonia in 2017. Vendrell asks him about this question, also skeptically: “Well, if he had believed it would the 10.00 guys have come here? How would the 10,000 guys get in here?”, to which Terradellas answers with generalities about “infrastructures” and “an airport”. “If Russia intervenes within what is NATO, NATO will react”, ditch Vendrell.

Terradellas and David Madí also speak about cryptocurrencies. The one who was Artur Mas’s henchman does not show his doubts with Terradellas’s exposure on cryptocurrencies. “Let’s see, I’ll give you all the precautions,” he says first, and then adds: “It looks bad as hell.” However, Madí does not close in band: “Be very careful. That said, if it were true, fantastic, we would not have any problem with collaboration as long as we established solid rules of relationship. But on the subject of cryptocurrency, the jump back is for the Generalitat as a public administration to accept payment with this cryptocurrency, which is what gives you the reliability to make a cosmic leap with all this. ”

In another section of the conversation, Terradellas assures Madí that he has the contact of “one of the founders of the cryptocurrency, which was at the time of Gorbachev”, and urges him that one day, when this man returns “from Cyprus, meet with Vendrell “and he will explain the same thing he explained to Elsa Artadi.” Finally, Terradellas mentions the name of the computer scientist Jaume Cabaní, one of the others investigated in the case and whose role, according to the judge, is key in the alleged transfer of money to Puigdemont through cryptocurrencies and in the creation of a “digital republic” to circumvent state controls.