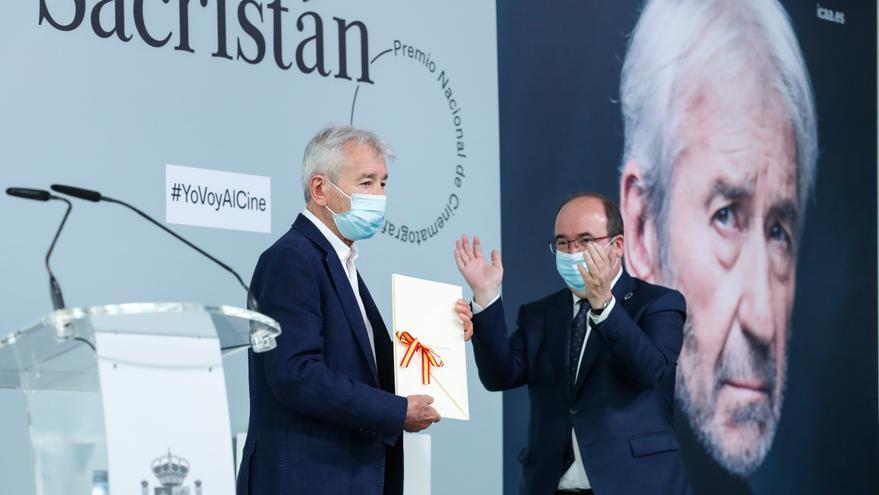 San Sebastián, Sep 20 (EFE) .- José Sacristán, who received today from the hands of the Minister of Culture and Sports, Miquel Iceta, the 2021 National Film Award, has considered in statements to the press after receiving the award that “is reckless living pending the awards “.

“It is not advisable for your health to be aware of whether they give it to you, but deep down I know that I dedicate myself to something that is not competitive; you know who reaches the goal first, who scores more goals, but who is the best in this, well no, someone decides, “said the actor.

“I appreciate it very much, I am very happy and very grateful, and when they touch me I am delighted, I do not reject them, far from it,” he said.

The event, held in Tabakalera, within the framework of the San Sebastián film festival, has been one of the most emotional in memory, the impressive voice of Sacristán recalling how and why he became an actor, while Aitana Sánchez-Gijón, who has welcomed, wondered how it was possible that he did not have this award yet.

And it was the Minister of Culture and Sports himself, Miquel Iceta, who pointed out that giving him this award today has been “a restorative act that was pending.”

On the economic endowment of the prize (30,000 euros) he joked about the “brilliants” that “no longer fit at home” and about “the minks” that his wife, Amparo, and he have lying on the floor.

Sacristán has also referred to people who go to the theater, in his opinion, “because they have a need.”

“With ‘Lady in red on a gray background’ we have been there for three years and the response of the people is great. The need for the meeting, and a certain therapy that is provided by the show, the culture, is healthy,” he summarized.