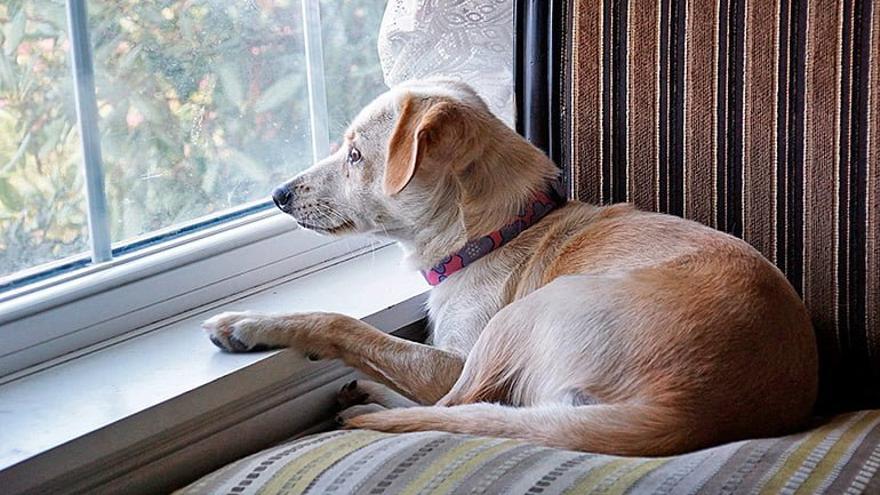 The purpose of the law is serve as a legal umbrella, providing “coherence to the legal regime for the protection of animals and setting a common minimum of rights and obligations” throughout the territory, as the explanatory memorandum argues. The preliminary project focuses on the animals that live in the urban environment and leaves out bullfighting or rural areas. According to the general director of animal rights, Sergio García TorresSince the regulation or prohibition of bullfighting is a controversial issue, it must be the society that decides whether to take “steps back” through a popular legislative initiative.

The standard therefore focuses on pets and animals in the human environment. According to the registries of the autonomous communities, there are more than 13 million identified companion animals. Another seven million approximately are out of control, as they are not registered, a situation that the legal draft plans to reverse.

Pet owners may not leave them on terraces, patios or basements, or in closed vehicles, exposed to heat or cold, or tied to the doors of an establishment without face-to-face supervision. The legal draft also establishes that a pet may not be alone for three consecutive days and, in the case of dogs, the period may not exceed 24 hours. According to the standard, it must still go through the Council of Ministers, the advisory bodies and the Courts, due to which it may undergo modifications, the owners of companion animals must “keep them integrated into the family nucleus, in a good state of cleanliness and hygiene.” And, particularly dog ​​owners, must pass a training course, “with the aim of facilitating proper responsible ownership.”

As for slaughter, it is only authorized for health or euthanasia reasons, which will open the door to killing animals with incurable but treatable diseases or serious injuries, according to the president of the protector El Refugio, Nacho Paunero, who points out that although Minister Ione Belarra has promoted the law as “zero sacrifice”, in her opinion “it is not.”

In an act in which he exhibited the general lines of the law, Belarra He stressed that the Government is committed to “zero abandonment”, for which measures such as mandatory identification of pets, sanctions or limits for breeding are incorporated. If the law sees the light, no individual will be able to raise their own pets. Breeding and sale can only be done by registered professionals.

This implies that pets will no longer be sold in stores and that animals that usually live in open spaces and can be related to other animals of the same species and different sex will be forced to sterilize.

Also, the legal draft prohibits the breeding of non-native wild animals, that is to say, originating in another country, both terrestrial and marine, as well as trading with them, in particular for the exploitation of their skins or by-products. And zoos or dolphinariums will not be able to breed or acquire new animals, except those threatened species.

Animal suffering is also avoided in pilgrimages, cavalcades or processions, where they cannot be immobilized. And circuses with wild animals are prohibited.

In addition, to avoid “cruel enjoyment”, in the words of Minister Belarra, animal fights and brawls, pigeon shooting and tube shooting are prohibited, and the use of spikes, necklaces and the like that hang or electrical devices that hang them are prohibited. cause suffering.

The law considers that no animal is dangerous because of its breed and that dogs must be valued individually. For this reason, the list of dangerous dogs is eliminated, “without prejudice to the regulations establishing the conditions in which they should be handled, after conducting a sociability study.”

García Torres considers that the law represents a “before and after” in animal protection and that it will place Spain “at the forefront of Europe.” However, in the act of presentation of the law, the president of the Foundation for Advice and Action in Defense of Animals, Carla Cornellà, He specified that “some prohibitions” are missing, although, broadly speaking, it is a “brave” rule.