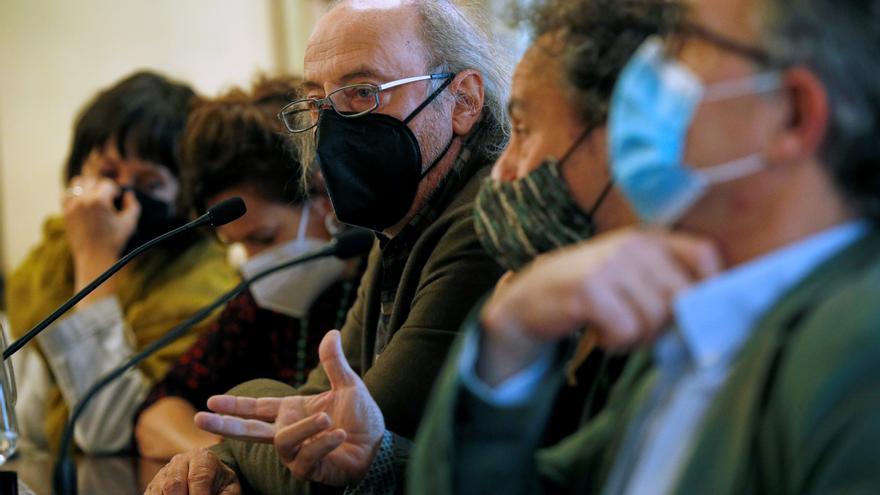 Barcelona, ​​May 14 (EFE) .- Santiago Rusiñol was “a fantastic, cosmopolitan and hedonistic Catalan”, a type of person “very difficult to find in present-day Catalonia”, according to Ramon Fontserè, director of the work on the artist “Señor Nightingale “, with which Els Joglars arrives in Barcelona this month, more than two years after its premiere.

Despite the fact that the theme of the piece affects Catalonia very directly, since “it puts a great dose of humor in the context of the Catalan conflict”, according to the play program, the montage has had to wait until the Madrid company Smedia has taken the reins of the Apolo Theater to find a stage in Barcelona.

“We have not come before because no theater has been interested so far. The reality is what it is,” said actress and playwright Dolors Tuneu.

Finally, the Catalan version of “Señor Ruiseñor” will be in the Catalan capital from May 26 to June 6, “with the hope” that the public in Barcelona will have sufficient capacity for self-criticism to accept Els Joglars’ proposal. , according to Fontserè.

“There is nothing healthier and more hygienic than laughing at yourself,” added Tuneu, who is convinced that Catalans know how to do it because the work has already been seen in the Catalan towns of L’Hospitalet, Tarragona and Canovelles, and “It has been very well received.”

“Señor Ruiseñor” recovers the figure of this painter and writer born in Barcelona in 1861 and died in Aranjuez in 1931, who “claimed art as a universal homeland, against identity homelands”, Fontserè highlighted.

It is a work that connects with other portraits of Catalan figures that Els Joglars have drawn throughout his long career and thus “has the satire of ‘Ubu President’ (based on the figure of Jordi Pujol) and the beauty of ‘Daaalí’ “.

Six actors “satirize, criticize and laugh” at the Catalan conflict, in a work “of great beauty”, which plays with projections that allow the viewer to enjoy Rusiñol’s paintings, as explained by stage director Alberto Castrillo-Ferrer .

“As Josep Pla said, Rusiñol was a destroyer of fanaticisms”, Fontserè pointed out, who believes that humor is the best way to reflect his thinking because “laughing is, in the end, the only act of freedom that remains.”

In his opinion, Els Joglars continue to “walk on the wildest side of life” because theater is “game and risk”, and has the obligation to provide instruments of reflection to the public.

“It is easier to believe than to think – he has sentenced – but if you do not think there is no capacity for self-criticism. Doubting is uncomfortable, but necessary.”

“The work has been a success everywhere and we hope that in Barcelona, ​​the city where Rusiñol was born, it will also be so”, added Tuneu.

After Barcelona, ​​the work will travel to Aranjuez, the city where the painter died and where Santiago Rusiñol was known as Mr. Nightingale, from which the name of the work comes.

The original idea was to close the tour in Aranjuez, but the possibility of recovering some of the performances lost during the pandemic has arisen and the montage will still have a little more life.

Although Fonteserè is already thinking about the next creation of Els Joglars, which will be a piece about “this puritanism that hides behind the politically correct” and that Els Joglars want to address “at a time when morality seeks to influence art, when art must be free “.