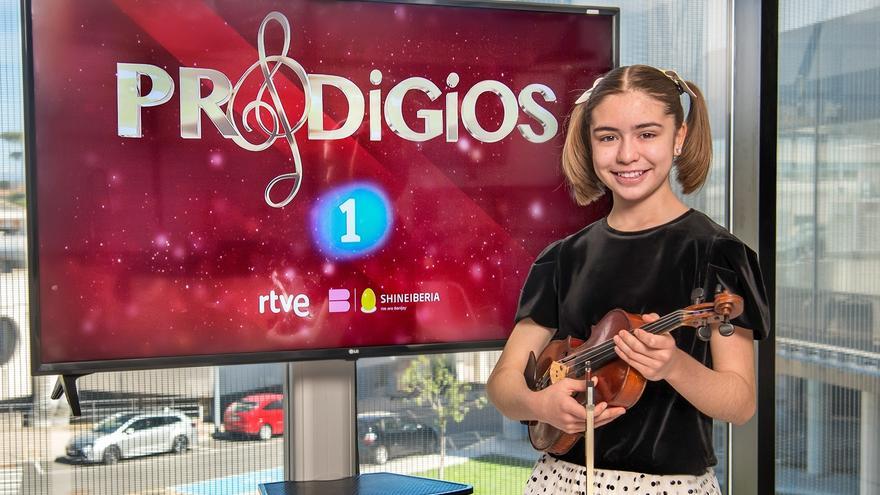 Madrid, Apr 17 (EFE) .- Although she is only eleven years old, Sofía Rodríguez has accumulated numerous awards for the best violinist in national and international competitions. The last one, that of the winner of the third edition of the television contest "Prodigios", a new push towards her dream of becoming a great soloist.

“My dream would be to be a great international soloist on the violin, but those are bigger words. I would love to be able to become one in the future, although I know that for that I have to work a lot ”, she tells Efe in an interview, a few days after proclaiming herself the winner of the television contest of Televisión Española and the producer Shine Iberia.

And it is doing it. For two years he has been studying at home (this year he is in sixth grade) to be able to dedicate more time to the violin. “I asked my parents if I could study at a distance because I needed to find more time for the violin because now I practice four hours a day from Monday to Sunday and if not they wouldn't give me the hours. Sometimes it gets a bit tiring, but it's really worth it ”, explains the girl, who always wears two pigtails as a talisman in her performances.

Four hours of practice and as many hours of classes, which you can now finance with the 20,000 euros in prize money for the victory in "Prodigios". In addition, he will receive an intensive improvement course at the Center for High Musical Performance of the Alfonso X El Sabio University in Madrid.

Rodríguez's history with the violin began at the age of three by imitation. Her older brother played the violin and she wanted to continue on her way. Today, he says, it is “as if it were an extension of my body, practically. I couldn't live without it. "

And although he was initially affected by the criticism, today he thinks of the Alaska song “Who Cares” every time someone tells him that playing the violin is easy. “There are quite a few people who have told me, but that doesn't matter to me and that's why I feel identified with the song. I know that in reality it is not easy, that it is very difficult and that you have to sacrifice a lot and that is why I do not care what others say, ”says the girl, who also practices ballet in her (few) free hours.

In one of the last galas of "Prodigios", the conductor Andrés Salado dedicated these words to him: “It is amazing that he is ten years old and has that sound on the violin. The greatest of your virtues is the sound, the color of the instrument. The ease you have to move, to understand the instrument technically, to sing with it ".

Salado was one of the judges of the contest, to which some 600 children appeared, with other artists such as the soprano Ainhoa ​​Arteta, the dancer Nacho Duato, the tenor José Manuel Zapata or the composer Lucas Vidal.

Recorded in January at the Miguel Delibes Cultural Center in Valladolid with the participation of the Castilla y León Symphony Orchestra, this edition of "Prodigios" was more complicated than usual and was surrounded by controversy after several members and participants were positive for coronavirus of the program, among them the soprano Arteta.

All this despite the fact that a strict security protocol was followed, which for Sofía was the perfect context to take good friends with her. "In the end with the coronavirus we were all in a bubble, everyone in the hotel or they took us to the auditorium, but only in those two places, and we were together all the time, it was like a camp," she says excitedly.

"Prodigies" has not been the first contest in which the girl has participated, as she already has a long history. "I won the first prize in Portugal, the second in Paris, the third in Prague, I was a finalist in Poland, and I was the best violinist under ten years old in Vigo", she explains.

"I really like to enter competitions because they are like goals in which I have to work hard to achieve challenges," he says.

The next one is for next year and is to participate in a contest in Italy, “Il Piccolo Violino Magico”. "He is one of the most important for children and I am beginning to prepare very hard. I am beginning to show new works because you need to play a lot and I hope it goes very well," he adds.