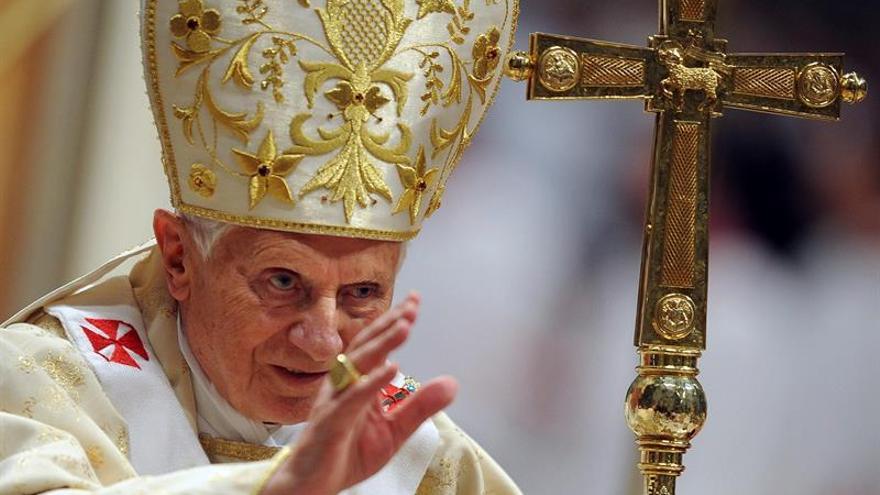 At 94, Ratzinger is reluctant to remain silent. Almost nine years after his resignation, the pope emeritus made headlines this week for two public interventions. The first, a letter to Cardinal Rouco Varela recalling the “success” of World Youth Day in Madrid, which has just turned ten years old. The second, the publication of a book in which he attacks equal marriage, which he considers “a deformation of conscience.”

“With the legalization of same-sex marriage in 16 European countries, the issue of marriage and the family has taken on a new dimension that cannot be ignored,” says Benedict XVI in The true Europe: Identity and mission, a book that has just gone on sale in Italy, prefaced by Francisco.

In it, Ratzinger argues that, today, “we are witnessing a distortion of conscience that has evidently penetrated deeply into sectors of Catholic people.” The Pope emeritus questions whether the answer can be given “with a bit of moralism or even with some exegetical references.” “This problem is deeper and therefore must be answered in its fundamental terms,” ​​he says.

In his introduction, Benedict XVI argues that the concept of “same-sex marriage” is “a contradiction with all the cultures of humanity that have followed up to now, and this means a cultural revolution that is opposed to the entire tradition of humanity. until today”.

The Pope Emeritus emphasizes that there is no doubt that different cultures have different moral and legal conceptions about marriage and the family, such as the profound differences between monogamy and polygamy. An issue that, on the other hand, has not questioned procreation.

“The basic certainty that humanity exists as masculine and feminine, and that the transmission of life serves this task and that, in this, beyond all differences, marriage essentially consists, is an original certainty that has been obvious for humanity until now, “says the Pope, who lashes out against the contraceptive pill and the separation of fertility and sexuality.

“This separation means, in fact, that in this way all forms of sexuality are equivalent. There is no longer a fundamental criterion.” And it is that, he adds, since the separation of sexuality from fertility comes the opposite: “Fertility, naturally, can be thought even without sexuality”, with a “rationally human production plan”, with which the human being ” It is no longer conceived or generated, but made “.

The next step, according to Ratzinger, indicates that if you can plan to make life, you can plan to destroy it, warning that the growing support for assisted suicide and euthanasia appears to be a “planned end to end someone’s life as an integral part of the described trend “.