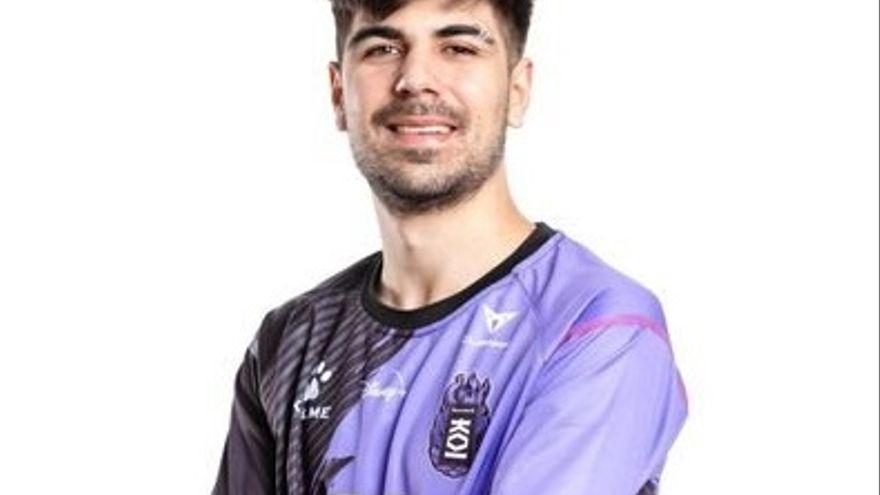 For David Sabater, A Coruña, the city where he was born in 1995 is "my home", and High mount, where he grew up, the place where "my people, my family, my friends are." But, even though he has now returned for Christmas, has been abroad for four years, coordinating the 'e-Sports' teams of 'Penguins', in Ourense, and after the Catholic University of Murcia (UCAM). Now it's your turn to go to Barcelona, where he will be the sports director of KOI, the team created by the streamer Ibai Llanos and the player of the Barça Gerard Piqué.

"It's a challenge," explains Sabater, who has been in charge of humbler teams for three years but wanted "more responsibilities." He is also “very excited” to work with Ibai, whom he has known for “many years” and with whom he has always had a “very good relationship”. "It was an opportunity that could not be rejected"Indicates the young man from Coruña:" everything he touches makes him gold”.

KOI will compete in two video games: the 'League of Legends' or 'LOL', and the 'Valorant ', a new shooting title. Sabater will take care of squad making, signings and negotiations, and will also directly supervise the team from the first video game, to which he has been linked for years. "I was in many teams of traditional sport and the job is very similar "he indicates" it is about leading a team, that its members have as few problems as possible with each other and with the coaching staff and looking for a solution when they arise. I take care of the sports planning, that the kids comply with the schedules and train ”.

Some of the players are very young, explains Sabater, especially in the LOL, which is constantly changing and "burns a lot mentally" the players. The ages are between 16 and 28 years old, and, especially for the younger ones, the sports director performs “a function that is not done in traditional sport: we are in the day-to-day running of the team and we try to train the players like people. If they have a problem, he told them how to solve it, but they have to learn to do it themselves ”so that they get used to the remnants of adult life.

This function is linked to a value that Sabater indicates that it wants in its team, since, according to it, “I am looking not only for good players, but also for people”. As a scout for 'e-Sports' is guided in part by the statistics and the quality of the players, not only in the Spanish league but in other smaller ones, such as the Balkan or Nordic, in which new talents can be detected.

But, "even if you are the best player in Europe, if you only care about yourself, you don't care about the club and it's me, me, me, me, I'm not going to sign you." A good player of e-Sports, he believes, is someone “with whom you can work, who listens, who accept criticism. I have been doing this for four years, and experience tells me that when there are not these things, the project goes wrong ". Players, Sabater points out, have to work together for long hours: “If social skills are the improvements, or if they don't match, it ends up exploding, and the equipment does not work”.

Among the few words that define him on Twitter, Sabater includes the cry “Forza Dépor", A team that" is one of my weaknesses. " "I make a living with him LOL, and if you make me choose between this and football, I would take the first; but I take it to Dépor in the heart. I am not much about going to the stadium or commenting on it on social networks, but I have a special feeling since I was little and I was in Riazor with the historic comeback to Milan”.

Someday he would like to go back to work in A Coruña, he sadly admits that in Galicia e-sports are not as important as in other parts of Spain, although there are “many Galicians in the sector, very valid people and references”. “'Penguin' was in Ourense” he recalls “but when we merged with UCAM we went to Murcia, and that little flame of the 'e-sports' in Galicia went out”.

And will one day LOL, or another video game, be the new football? "I don't know if it will reach this level," says Sabater, but he believes that digital sport is normalizing. “If your son wants to go to an 'e-sports' academy or to train in this, the parents are not going to see him with bad eyes, like a few years ago ”predicts the Coruñés.