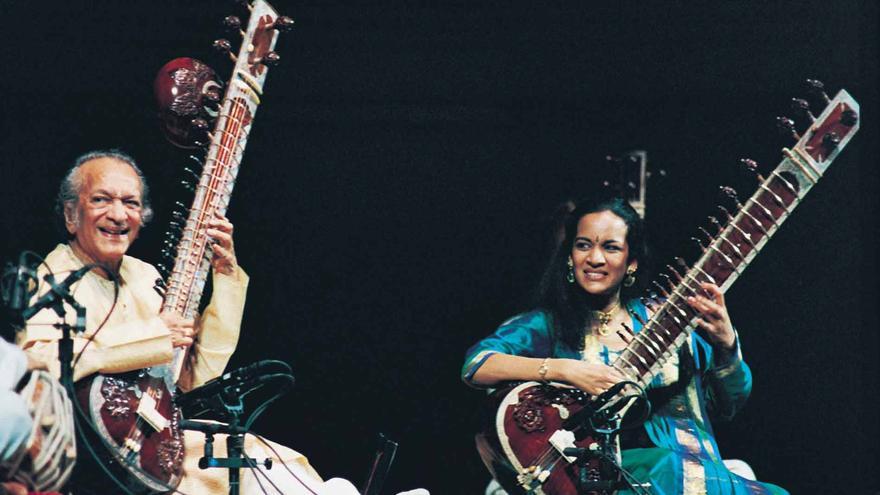 New York, Jul 31 (EFE) .- On August 1, 1971, several of the most prominent figures in the world of music met at Madison Square Garden in New York to participate in an event considered to be the first great solidarity event The Concert for Bangladesh, a turning point that gave birth to a whole charity movement.

Organized by The Beatles guitarist George Harrison and the legendary Indian musician Ravi Shankar, the concert aimed to make an international call to help the Asian country, which had just declared its independence from Pakistan and had not only been hit hard by for a civil war but for various meteorological disasters.

In all, six million of them had been displaced by then, living in harsh conditions that had led to malnutrition, cholera and a long list of diseases.

For Shankar, a virtuoso of the sitar string instrument, the situation was especially personal, because his family came precisely from Bangladesh, so he decided to speak with his close friend, George Harrison, to promote the event.

The status of the "beatle" attracted figures from the music scene of the time such as Bob Dylan, Eric Clapton, Billy Preston, Leon Russell or the one that until recently had been his bandmate, Ringo Starr, who performed in two concerts on August 1, one at 2.30 p.m. and another at 8 p.m.

Some 40,000 people saw them live and they managed to raise just over $ 240,000 of the time (about $ 1.6 million today), an initiative that is considered the first real act of great benevolence of the rock community , and who was a role model for the huge charity concerts that became popular in the 1980s, such as Live Aid in 1985.

This colossal event, organized by Bob Geldof to raise funds for the victims of a famine in Ethiopia, was estimated to have been followed live by some 1.9 billion people, which at that time represented around 40% of the world's population. , and raised about 150 million pounds sterling (about 400 million pounds or 555 million dollars today).

The $ 240,000 from the Concert for Bangladesh went to UNICEF, though millions more were later raised with the hit album and film released in 1972.

To celebrate this milestone in the history of music, the Concert from Bangladesh will be held on August 1, 2021, which will also bring together different artists but in a very different way, since it will take place thanks to a technology that 50 years ago was I would consider science fiction.

Organized by London-based UBIK Productions and Samdani Art Foundation (Dacca), the concert aims to review the story of solidarity behind the original version, and the funds raised will go to both the participating musicians and the Bangladesh charitable organization "Friendship".

Mixing real and digital elements, the concert will feature live and video performances by 13 musicians from Bangladesh and South Asia in an eclectic fusion of different styles, ranging from hip hop to experimental electronic music.

Thanks to the chroma audiovisual technique, each musician will be projected on a virtual reality stage that walks through the main natural and architectural attractions of Bangladesh and celebrates a country that in its 50 years of life has become one of the creative centers most dynamic in Asia.

Thus, the event can be followed from the Pioneer Works digital platform, while a live concert can be seen at the Yorkshire Sculpture Park, in the British city of Wakefield.

Another important aspect that differentiates both versions is a slight but important change in the title, since the organizers have opted for a "from" instead of a "for".

"It is important to distinguish what it means to be from a place and what it means to support that place," explained the artistic director of the concert, Diana Campbell, of the Samdani Art Foundation, who with this simple linguistic alteration wanted to get away from the idea that Bangladesh, a former British colony, needs to be rescued by the UK.