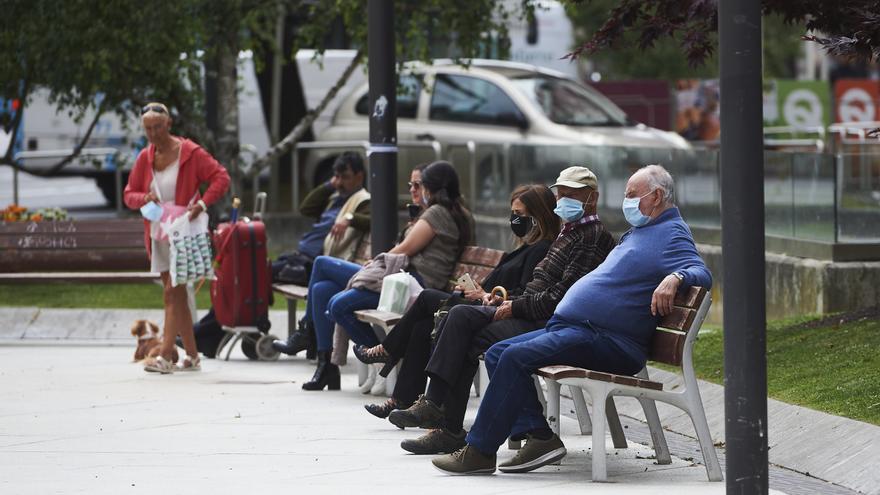 The Minister of Health does not specify when the mandatory use of masks outdoors and at a distance will be lifted. "It will be soon" and "it is getting closer and closer," insisted Carolina Darias, but no decision has come out of the Interterritorial Council of the National Health System this Wednesday, about which there was a lot of expectation because several autonomous communities had taken the issue . Darias has not raised the issue in that meeting, which the meeting with all the health advisers of the communities, according to regional sources. Some counselor and counselor have spoken in favor of addressing at some point the possibility of alleviating the use of the mask, but nothing important has been reached. "The vaccination campaign is going like a shot and when we have all the information available we will make it available to you," Darias said.

The Ministry of Health has been analyzing with the communities for weeks this possibility of withdrawing its use in the street, and they are in favor of it, because infections outdoors and from a distance are anecdotal, the greatest danger is indoors. But they are studying how to modify the rule. President Pedro Sánchez has taken a step forward this Wednesday and has said himself that "it will be soon", but it has not yet materialized. For this, the royal decree of new normality must be modified, but the minister has not answered whether what is delaying it is the necessary legal mechanism, or if they are waiting for a specific horizon of vaccination coverage. Health spokesman Fernando Simón also announced that it would be "soon", perhaps this June or early July, but this week he did not dare to set a specific date. The negotiations are advanced, but the change in the rule must be articulated, because it will contain exceptions.

On Thursday, May 21, 2020, masks were made mandatory in Spain, through a ministerial order published in the BOE. It was in principle while the state of alarm of the first wave of COVID-19 lasted, but it was susceptible to lengthening, as it was. Its obligatory nature was reflected in certain contexts in the royal decree of new normality, which governs until the end of the pandemic.

In that first moment, between May and June 2020, they were not obligatory on the street. They only were if the distance of two meters could not be guaranteed. It was with the end of that state of alarm, on June 21, 2020, when several communities began to make it mandatory in all cases, whether or not there was distance outdoors, because they had the competence to do so. The last to incorporate it were Madrid and the Canary Islands. In March 2021, an amendment by the PSOE modified the new normality rule in the Senate, to make it mandatory in a unified way at all times, and decide what the community decides. The Interterritorial Health Council relaxed it, but only for the beach. And it is now, in June or July 2021, when the use of the starting point would be used again. At no time is it proposed that the masks be lifted in public indoor spaces.

The norm is state, the minister recalled, and therefore the autonomous communities depend on it. On whether they will be able to maintain it even if the rule changes, "we are going to see the next steps" and arrive at a "harmonized" path, said Darias, also without specifying.

Experts, and even Fernando Simón himself has recognized it, agree that the use of masks in open spaces has never been entirely effective per se, because a contagion with distance in the open air is very difficult. The administrations were inclined to do so so that, when in doubt, citizens get used to using it at all times. "It was necessary to accustom the population and it was used to justify it," recalled Juan Ayllón, director of the Public Health Area of ​​the University of Burgos, "and I did not believe much that it would work, I have never been a fan of masks. on the street. But there was still some reason. Over time, yes, people have been seen who only take it down to eat, there are some who use it well. It is still very difficult to determine. Over the years, studies will be done ".

No consensus for the vaccination of Spanish tourists

The meeting also addressed the issue of vaccinating people who are in their place of vacation, that is, not in their place of habitual residence, now that we are entering the summer season and many (especially those under 40 years old) it can happen to them. The minister has recognized that "consensus is lacking" for "common guidelines" and therefore the way in which to do this is still under study. Previously, from Health they had slipped that they were looking for a system to unify this.

The minister has celebrated that the accumulated incidence is "homogenizing" throughout Spain, and that this Wednesday we have already fallen below 100 cases per 100,000 inhabitants, the first time that has occurred since August. He also announced that a shipment of 3 million doses of vaccines from Pfizer / BioNTech alone will arrive next week. The company had made a readjustment of its shipments in the past weeks, and they danced between 2.4 million and 2.7 million, which now make up for that figure.

Tags: and, concrete, early, face mask, Health, inisiste, it will be, not, outside