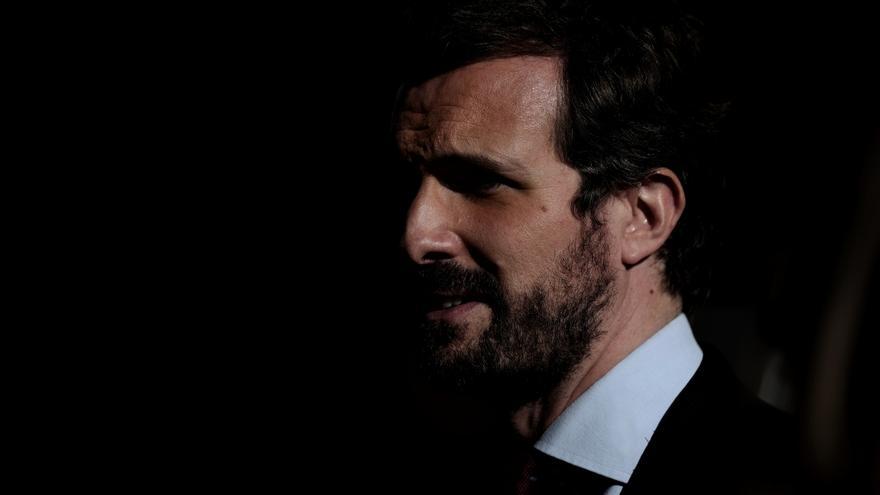 The courts should deliver an instruction manual for the consultation of all those who approach them to present appeals. For the Popular Party, the brochure should have illustrations. Great illustrations, like the ones that Ikea includes for assembling its furniture. It would help him not to suffer legal defeats like this Thursday in the Supreme Court, although in reality that setback does not matter so much to him. The mourners who complain about attacks on judicial independence are the first to try to use the courts for political victories or simply headline hunting.

The Supreme Court has decided to reject the appeals against the pardons granted by the Government to the prisoners of the procés trial. The PP, Ciudadanos and Vox went there in droves to try to prevent the grace measures that are the responsibility of the executive branch. To legally justify the intervention, Pablo Casado went so far as to say that he himself was an affected party: "We are affected and I personally because we knew that we were on the CDR lists to attack us".

There is no evidence of this alleged plan to carry out attacks and the PP was not even present in the case that investigated those members of the CDR in the National High Court (nor in the case that culminated in the trial of the procés in the Supreme Court). Casado alleged that the pardons were an attack on "millions of Spaniards." That was a political assessment that could not force the courts to consider the PP as a party affected by the pardons for many millions of votes that it gets at the polls.

Therefore, it is not surprising that the Supreme Court has decided that the appellants are not entitled to try to annul the pardons in court. Also in the case of Vox, who exercised the popular accusation in the procés trial. It must be assumed that law graduates are clear about the differences between private and popular prosecution, but there has been no such luck.

There is much talk of the politicization of justice if someone thinks of criticizing the content of a sentence. There is not so much comment when the opposition parties spend the day before a court or the Prosecutor's Office to resolve political struggles by appealing to the Penal Code or the Civil Code. What matters in these cases is not so much respect for the law, but the inalienable right to hunt headlines in the media and delegitimize the government.

For this, it is not even essential that a law exists. Casado announced that he will appeal to the Constitutional Court the housing law of which the Government has not yet sent the text as a bill to Parliament.

In recent days, we have witnessed the skid of the Government of Madrid, so interested in occupying Casado's political space that he filed an appeal in the National High Court against the distribution of European reconstruction funds. They were in such a hurry that they didn't realize they should have done it before the Supreme Court. Sectors of the right feel a fatal attraction for the National High Court, since if terrorists, mafiosi and big economic criminals are investigated there, there can be no better place to impure the members of the Government. And that the Government of Díaz Ayuso has as Minister of Justice Enrique López, the former magistrate of the Constitutional Court and former member of the CGPJ who is supposed to have more extensive knowledge of Law than those of Casado or the Madrid president.

In the PP, a race is taking place to hinder the arrival of European funds to Spain or at least get the European Commission to accuse the Government of irregularities of some kind. It is about getting the headline that says that Europe punishes the Government of Sánchez or makes a fool of him.

The Government of Díaz Ayuso has already made it known that it is going to "take this distribution to the European Union", but it is not even clear what the window is. "There are several possibilities: European Commission, European Parliament and Committee of the Regions", according to the sources cited by La Razón. The second and third are almost the equivalent of a political tantrum. The Commission's path is the only one that makes sense.

The problem for the PP, in case it matters to them, is that it is the Commission that is entrusted with the function of supervising the use of the reconstruction funds. It has already done so by approving the master plans submitted by 22 of the 27 countries. Spain is the only one that received the first batch in 2021.

You should have the complaint very tied up if you want to plant yourself in Brussels with a protest. In practice, it means accusing the Commission of not doing its job well. Otherwise, he'll be tempted to explain that he doesn't need help or, even worse, to tell you that you don't know what you're talking about.

The Commission does its best not to get involved in the internal political disputes of each country – in public, in private it is something else – but it needs to make it clear to European governments that it takes its surveillance role seriously. And so far he has not shown great interest in agreeing with the PP. Quite the contrary. He affirms that the aid will be granted based on strict criteria and that there are no reasons to think that this has not happened in the case of Spain.

None of this reality bothers the PP. He has denounced the granting of public aid to the airline Plus Ultra, also in the European Parliament. He has stated that Brussels was not going to give its approval to the budget project that Congress ended up approving in December. He has argued that the Commission will react against the Government's desire to change Rajoy's labor reform.

None of that has happened. While in Spain Casado already presents as something obvious that the funds will be used to create a patronage network in favor of the government parties and García Egea allows himself to compare the use of that money with the ERE scandal, the European Commission says that for the moment everything is fine and that, if necessary, it has effective surveillance instruments, to which OLAF (the European anti-fraud agency) and the Court of Auditors can be added.

On the political level, Nadia Calviño is already in charge of keeping the Commission informed so that there are no surprises. From time to time, it achieves some clear success, like this Monday when the vice-president of the Commission, the conservative Valdis Dombrovskis, described as "a good example of dialogue with the social agents" both the recovery plan and the labor reform.

The PP does not seem to care much about this dissonance. It is enough that his headlines appear in the media about complaints in Brussels with which to confirm his allegation that we are facing "the most radical government in Europe" (Casado does not think that the extreme right that governs in Poland or Hungary be too radical). If then those complaints come to nothing, it doesn't matter at all, because they will already be putting gunpowder into the next one. The point is not to stop shooting.