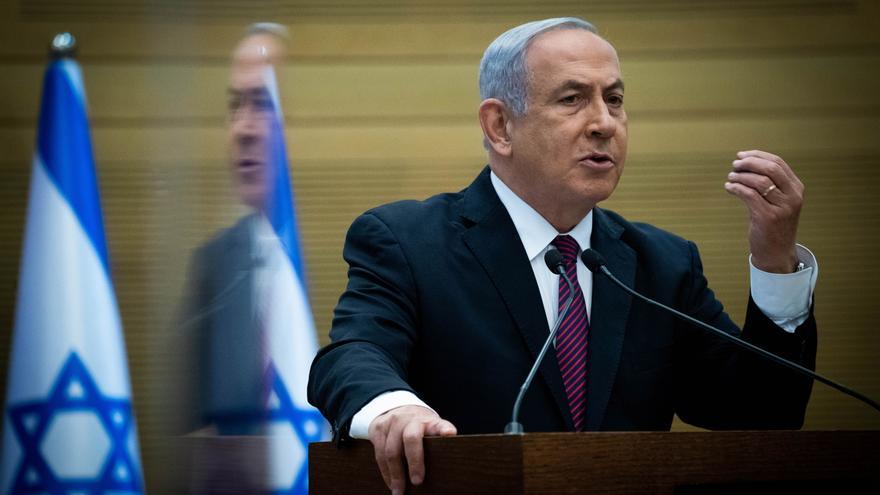 Israel is not getting rid of the political instability that has dragged on for two years: the definitive collapse of the coalition led by Benjamin Netanyahu and his former partner Beny Gantz will force citizens to go to the polls for the fourth time since April 2019.

All this has materialized with the dissolution of Parliament at midnight, after the deadline to approve a budget, the main element that confronted the prime minister and Gantz, on which they could not reach an agreement despite the attempts throughout the day .

“I announce the dissolution of the 23 Knesset at this time. We are in a complex and challenging period, full of controversy”, a social debate that “found its natural expression here also in this building”, said the Speaker of the House, Yariv Levin, minutes before midnight.

“We are embarking on a difficult electoral campaign, I ask everyone to avoid increasing tensions and do everything possible so that the electoral campaign is carried out and ends in an orderly manner and without manifestations of violence,” he added.

After this hasty end of the legislature, the elections are expected to be in a matter of three months, probably on March 23. The new electoral round – which follows three others in 2019 and 2020 – will take place in the middle of the pandemic, in the face of serious economic difficulties and significant popular discontent towards the political class.

During the last days, while trying to reach a pact in negotiations that did not bear fruit, Netanyahu and Gantz reiterated that they did not want elections, but friction and mutual mistrust prevailed and their fragile government coalition has ended up falling like a house of cards. It had been formed in May. It has lasted just over seven months.

The first electoral polls do not give a very favorable starting position to either of the two, who in the coming months will continue to share power in a sitting Executive. The poll released by Channel 12 news predicts an advance of Netanyahu’s Likud to 29 seats, of the 120 that the House has, two more than it now has.

However, changes in the political forces would make this figure insufficient to form a coalition with its traditional partners, making it difficult for him to stay in power. The formation that benefited the most from the electoral call would be Nueva Esperanza, the party just announced this month by former Likud member Guideon Saar, to whom this poll gives 18 seats.

Yesh Atid-Telem, in charge of the opposition and former partner of Gantz’s Blue and White, would get 16; the right-wing Yamina, 13; the United List (Arab majority), 11; the ultra-Orthodox parties, Shas and United Torah Judaism, 8 each, as well as Israel Our Home. The pacifist Meretz would achieve 7 and the most affected would be Blue and White, which would sink, with only 5 seats compared to the 14 it has now.

In both polls, the traditional right-wing and religious bloc, with the Likud, the ultra-Orthodox and Yamina, would not obtain the 61 votes necessary to govern, which would be forced to agree with formations that have positioned themselves against Netanyahu continuing. in the position he has held for more than a decade.