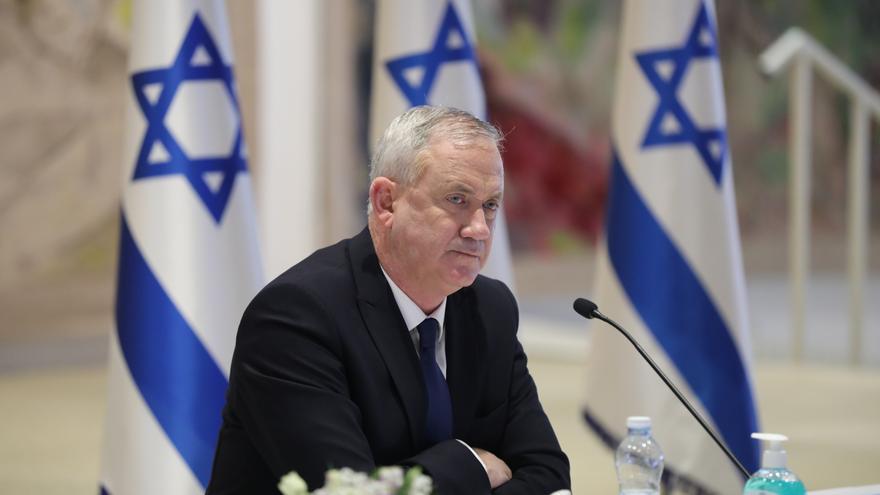 Beny Gantz, Israeli Defense Minister and main partner of Benjamin Netanyahu’s government, announced on Tuesday that his party, Blue and White, will vote on Wednesday in favor of the opposition’s motion to dissolve Parliament, which, if approved, would lead the country to the fourth elections in just two years.

The vote of Blue and White in favor of the dissolution is not final because, although the motion is approved this Wednesday in preliminary reading, it can still reach an agreement with Netanyahu that prevents it from being approved in the first, second and third reading that it needs to become effective. Gantz’s decision to support the motion takes place in the framework of a dispute with Netanyahu over the approval of the budget, which almost brought the Executive down in August and on which a decision must be made before midnight on 23 December to avoid the immediate dissolution of the Knesset (Parliament).

“Netanyahu has decided to bring down this government and lead the State of Israel to elections,” Gantz told a news conference. The current defense minister accused the prime minister of deceiving the electorate and prioritizing his personal interests over the well-being of society. However, before ending his speech, he warned that “these elections can be avoided” if the current prime minister approves the biannual budget foreseen in the coalition agreement between the two, by which Gantz should assume the position of prime minister in November 2021.

Netanyahu, for his part, issued a statement minutes before Gantz’s announcement in which he mentioned that “this is not the time for elections, but for unity” and denounced that Blue and White are working against the Government from within the coalition. . From August to this part, however, both leaders have done nothing but distance themselves and the possible anticipated collapse of the Government appears as a new and perhaps the last bargaining chip for Gantz.

Netanyahu’s refusal to abide by the terms of the pact and pass a biannual budget, which he argues responds to economic issues, is due, according to many analysts, to the fact that it is the only way he could eventually dissolve Parliament before having to give up the charge to Gantz.

If the motion of this Wednesday advances in the subsequent votes, which could last for weeks, both leaders will risk their political future in elections to which, according to the polls, neither of them would arrive well off and that would mainly favor the right-wing Naftali Benet.

So far, in almost every negotiation between Gantz and Netanyahu in the last year and a half, important decisions have been made at the last minute, after long days of speculation marked by strong statements and cross-accusations. If this trend continues, Azul and Blanco’s support for the vote on the law to dissolve the Knesset would once again enter into this usual tug-of-war dynamic prior to key moments, as is expected to be the decision on December 23. .

“In 2008, the response to the crisis was based on everyone for himself; in 2020, on community solidarity”

Begoña Villacís, the deputy mayor of Madrid who survives the shipwreck of Ciudadanos