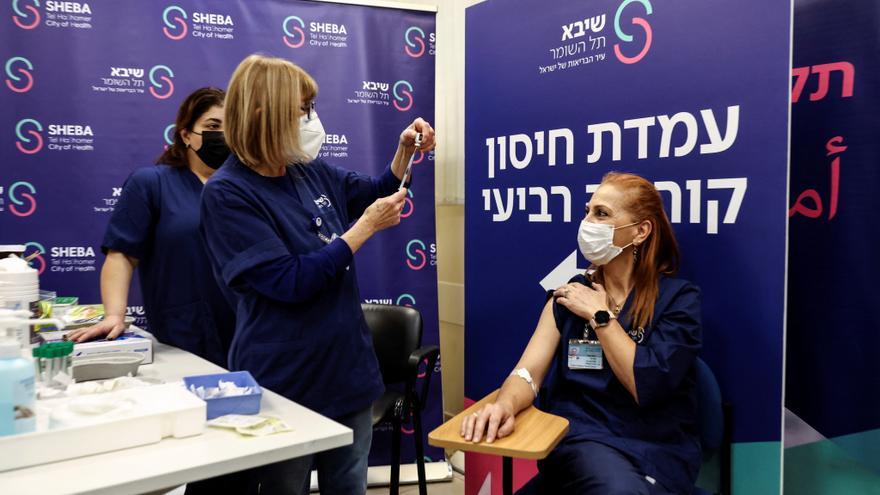 Israel has detected the first case of 'fluron ', an infection of coronavirus Y flu at the same time in an unvaccinated pregnant woman infected with both viruses, who has given birth at Beilinson Hospital.

The patient has shown mild symptoms, although she was not immunized. Israel's Ministry of Health studies the unpublished case to check that the combination of the two viruses does not cause a more serious disease.

"The disease is the same. They are viral and cause shortness of breath, since both attack the upper respiratory tract, "explained Arnon Vizhnitser, director of the hospital's gynecology department, according to the Israeli newspaper 'The Times of Israel'.

The Israeli health authorities reported this Friday that the country began to administer the fourth dose of the vaccine against coronavirus to patients with weakened immune systems.

Israel has recently faced a fourth wave of infections and a further increase in cases. It is estimated that only 60 percent of the population has the complete vaccination schedule.