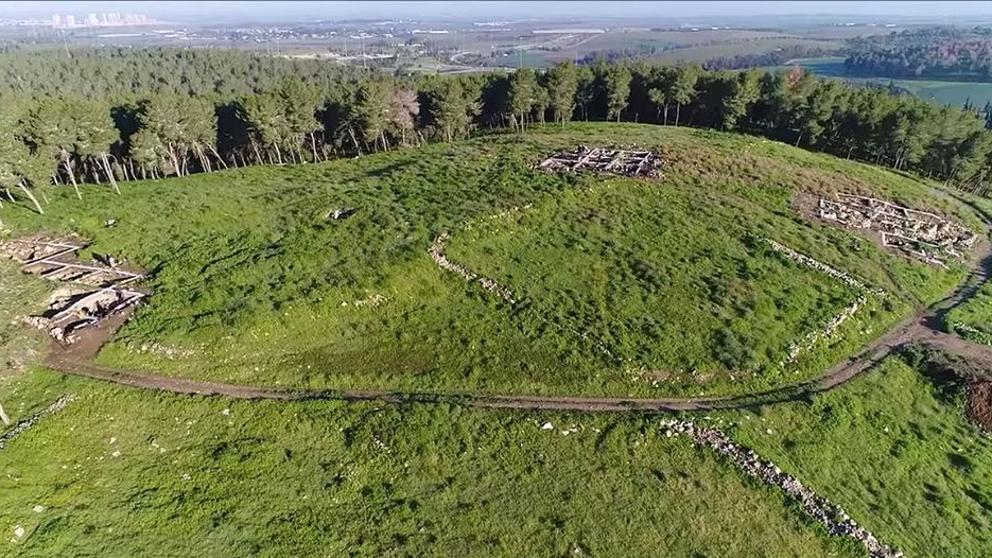 Ziklag appears in the Bible on multiple occasions In this mythical Philistine city is where David He sought refuge while being chased by King Saul. It was Achish de Gath who, according to the Hebrew version, recommended this place to exile. For centuries, the location of this settlement was an enigma. A mystery that Authority of
Antiques of IsraeHe claims to have discovered.

The site, according to the sacred scriptures, was destroyed by the Amalekites taking advantage of David's last campaign and the Philistine army against Saul. Israeli archaeologists say they have found their ruins on a green hill between the cities of Kiryat Gat and Lachish, in the Ela Valley, in the center of the country, they say in a statement.


Excavations began in 2015 at a site known as Horbat al-Ra'i, in the lowlands of Judea

For years, hypotheses have been made about the exact location of Ziklag, but researchers at Macquarie University in Sydney and the Hebrew University are now convinced that they have found the exact place. The excavations, which began in 2015, have taken place at a site known as Horbat al-Ra'i, in the lowlands of Judea.

During the works have been excavated around 1,000 square meters on this hill and have resulted in the discovery of a colony of the XII and XI a.C. that remains under the layers of another rural settlement that was active at the beginning of the tenth century before Christ. Among the dozens of ceramic vessels, jars that were used to store oil and wine and utensils to serve food, many artifacts with characteristics of the Philistine culture have appeared.

The radiocarbon dating is also perfectly aligned with the time when the city of Ziklag was active. However, not everyone is convinced. Some independent experts have questioned the discovery. Israeli archaeologists Aren Maier has assured the newspaper Haaretz that it is "very difficult to accept" that the site is the mythical biblical city.

"References to this place in the biblical texts place it consistently much further south, somewhere near the Negev desert (located south of Israel) or the southern border of Judah," says Maier. "Just because you have Philistine objects and the settlement was destroyed in the 10th century BC, this does not make it Ziklag," he adds.