Users waiting after ten in the morning at the gates of the INSS yesterday, Friday, in the capital of Gran Canaria. Complaints about poor service have increased by 100%. / C7

In Santa Cruz de Tenerife alone, companies owe the body a total of 149.4 million; in Las Palmas a similar figure is estimated

The General Treasury of the Social Security In February -last data published- in the province of Las Palmas it collected a total of 208.7 million euros. Each month the figure fluctuates but on average it is around 200 million.

In January, for example, revenues were 221.1 million euros, mainly from companies.

This amount does not include the
executive collection, that is, the one that is not carried out voluntarily and that takes place after submitting requirements to the companies. Throughout 2021, this executive collection reached 56 million euros in Las Palmas.

Debt that is not collected

However, Social Security is unable to collect all the money that Canarian companies owe to the body.

It is estimated that
each month, island companies fail to pay around eleven million euroswhich are accumulating.

One part is charged and another continues to fatten a hole that in many cases will end up prescribing without being collected. It is a lost money for the public coffers. Of these eleven million, four correspond on average to the province of Las Palmas and seven to Santa Cruz de Tenerife, according to the data to which CANARIAS7 has had access.

only in the province of
Santa Cruz de Tenerife, pending debt payment of companies to Social Security amounts to
€149.4 million.

Sources consulted estimate that in Las Palmas the hole will be around similar figures. "They are files put in a drawer and that grow month by month," they indicate.

Despite the high data, the figure has improved compared to March 2021, when the amount pending payment was 176.3 million euros.

The trade union organizations with a presence in the Social Security, UGT and CC OO, -who are not given access to this information from the provincial leadership-, assure that
the debt accumulates without the possibility of collecting it, largely due to the lack of personnel that is in the Executive Collection Unit (UURE).

Although places have been called, they are usually deserted and the service is not covered.

On May 2, the Official State Gazette (BOE) published the data of the latest
vacancies convened for the UURE throughout the State and the resolution and the result was disappointing.

Close sources indicate that these places are deserted because they are jobs with a lot of workload and not at all pleasant to do.

Historical problem of the islands

In addition, the Canary Islands have historically been a destination with a shortage of personnel because many workers get a job, come to the islands, stay for a while and when they can, they return to the peninsula.

The lack of personnel in the UURE is a
problem that drags Social Security for years.

Already in 2018, the accumulated debt in Fuerteventura was quantified at almost 70 million euros due to the lack of staff, unable to process the collection and auction files of seized goods.

Another reason why this debt is not collected is the
nationality of the debtor company.

Sometimes they are foreigners who have not paid Social Security for their workers' contributions for years and when the agency claims the amounts owed, the company does not exist and its owner is in another country, making collection difficult.

Union sources highlight the bulk of the debt and call on the provincial directorates to make an effort to raise money that would be very welcome to the public coffers after two years of the pandemic.
“A large amount of that money is not going to be collected,” they say. 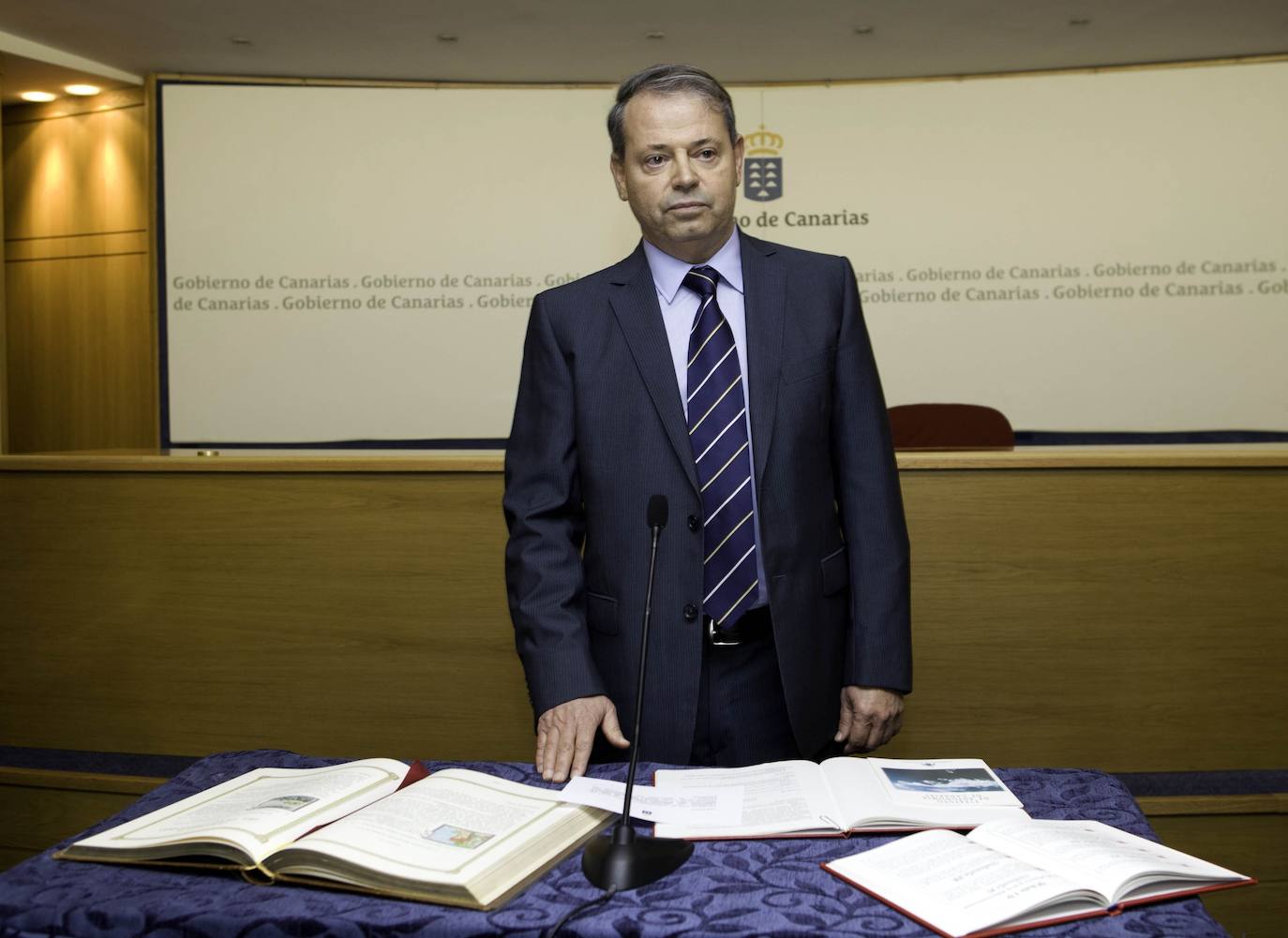 León was also director of the SCE. /
C7

The queues continue at the gates of the National Institute of Social Security in Las Palmas de Gran Canaria due to the lack of prior appointment. The workers fear the summer, when the templates are reduced due to the holidays but not the care needs of the citizens.

Manuel León, who was provincial director until 2012 of the National Institute of Social Security (INSS) and is a recognized voice, criticizes the devaluation that this public service has suffered in recent years and that has resulted in an increase of almost 100% of the complaints, as revealed in the latest report by the Common Deputy.

In his opinion, the problems come from the imposition of telematic means on citizens to carry out their procedures, when most of them do not know or cannot. "There is a digital divide and what they have generated is chaos," says León.

In his opinion, the INSS is trying to implement the same system that exists in the Treasury, where companies carry out their procedures through managers or consultants. However, he points out, in the INSS, citizens do not have the capacity to pay these managers.

"The INSS is moving away from a public service and is being managed like a bank but it is not, it is a service that must serve the citizen," says León, who criticizes the fact that personnel are being cut and offices are planned to be reduced. "The director general and the secretary of state must provide solutions to the problem they have generated," she says.

The increase in the SMI reduces households living with less than 1,000 euros to a historical minimum