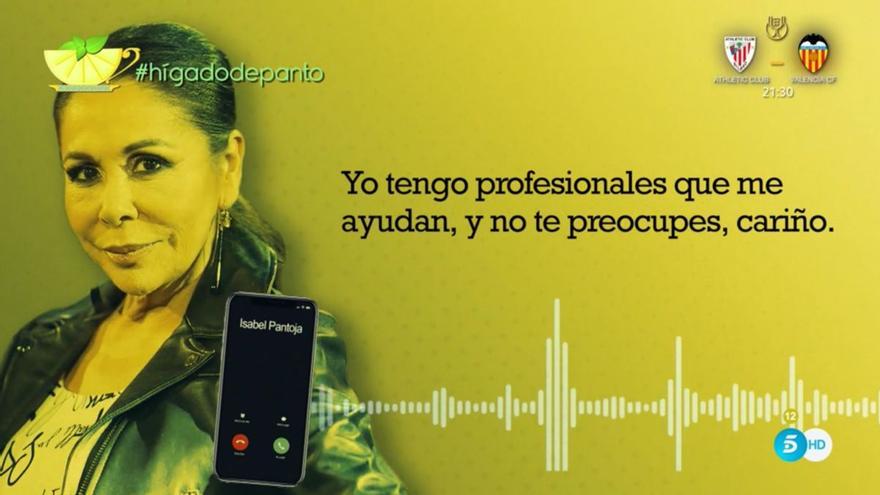 Isabel Pantoja He breaks his silence after going through one of his worst years personally. 'Sálvame' has broadcast this afternoon a conversation that the journalist Ricardo García has had with the tonadillera in which he reveals, among other things, how he is at the moment: "Here I go, it's not easy... I'm not having a good time with my mother. What I least want is to talk. So many years fighting and now I am an orphan. I feel like an absolute orphan".

THE MOST EXPECTED | Isabel Pantoja breaks the silence

Throughout the conversation, the singer has denied that she does not leave Cantora: “Who told you that I am locked in a house? I have professionals who help me and don't worry, darling, because they help her, well that's it, the fans love meThat's why I have no doubts, that affection is there and that positive energy reaches me”.

"I have many very good things in my life, I am not spiteful or envious, or anything that ends in -osa, I am so lucky. I have never liked violence and that is why I do not like the networks, but I feel that they really love me, I have not even learned, "the artist continued in this conversation.

In addition to revealing that his next professional projects include a tour of America, Pantoja showed his belief that karma always returns: "Sometimes you see it and other times you don't, or it comes later than you would like (...) Above all things in the world, I believe in God. And that's it. Whatever has to happen, whatever has to happen, it's going to happen and in the face of that, well, that's the destiny of each person and nothing else".

Later, during the broadcast of 'Sálvame Naranja', Kiko Hernández revealed a conversation that Mila Ximénez and Isabel Pantoja had through various WhatsApp audios during the first confinement of 2020. The artist was concerned about the health of the collaborator, also sending her a message of encouragement: "We have to be able to deal with this, I've talked to my children, my grandchildren... I can't even breathe, I'm so glad you're better, Mila".