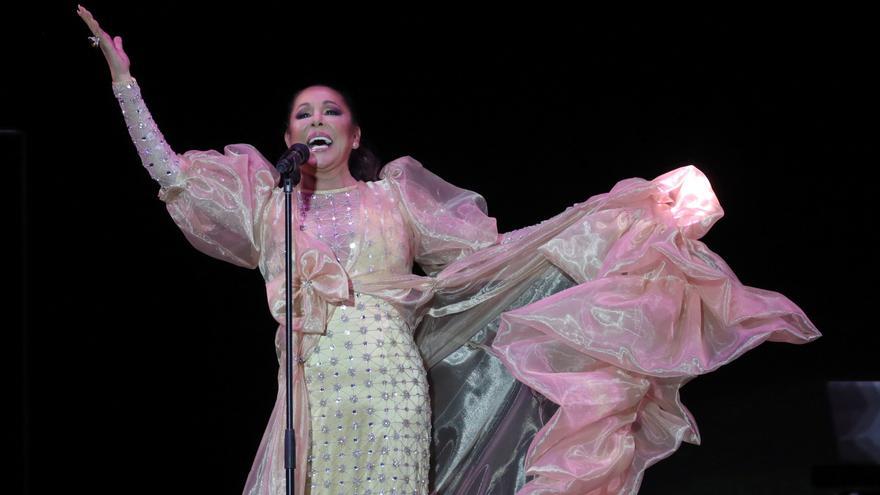 In a note, the organization of the festival has recalled that Isabel Pantoja has been acclaimed for decades by hundreds of fans from Spain and throughout Latin America and that now she comes to this stage of the Tío Pepe Festival in what will be her only concert scheduled in the country for this 2021

Isabel Pantoja “is an icon of Spanish music, an essential artist with more than 30 albums published throughout her artistic career”, they have pointed out from the festival, which emphasizes that her songs are part of the memory and musical culture and artistic, both from Spain and Latin America.

The tonadillera arrives at the Tío Pepe Festival as one of the most anticipated artists of its seventh edition, carrying as its banner ‘Enamórate’, the first single composed by Juan Gabriel and with the artistic production of Luis Cobos.

On Saturday on the Jerez stage he will offer a repertoire made up of his greatest hits and also songs from his new album.

In 1985, Pantoja released one of his best-known albums: ‘Marinero de Luces’, composed by José Luis Perales, and with which he achieved great commercial success with more than one million sales in Spain.

After this success, she began to perform in various American countries, with the launch of ‘Desde Andalucía’, in 1988, the work of the Mexican singer Juan Gabriel, which was followed by such unforgettable albums by the artist throughout the 90s and beginning of the 2000s as ‘My soul falls in love’, ‘Wounded heart’ or ‘Nobody’.

Of his many works, the recording of ‘Sinfonía de la copla’ stands out, live, on the Palace of Catalan Music, in Barcelona. Juan Gabriel collaborated in other unforgettable works within the career of Isabel Pantoja such as ‘Hasta que se que que el sol’, in 2013, the year in which they participated together in the historic recital ‘Así fue’.

Last 2020, Isabel released her new single, ‘Fall in love’, on all digital platforms and its video clip, where she appears with a modernized ‘look’, with which she returns to music after four years without unpublished promotions.

With this latest release, Isabel Pantoja arrives at Tío Pepe Festival, one of the few occasions to see her perform live.