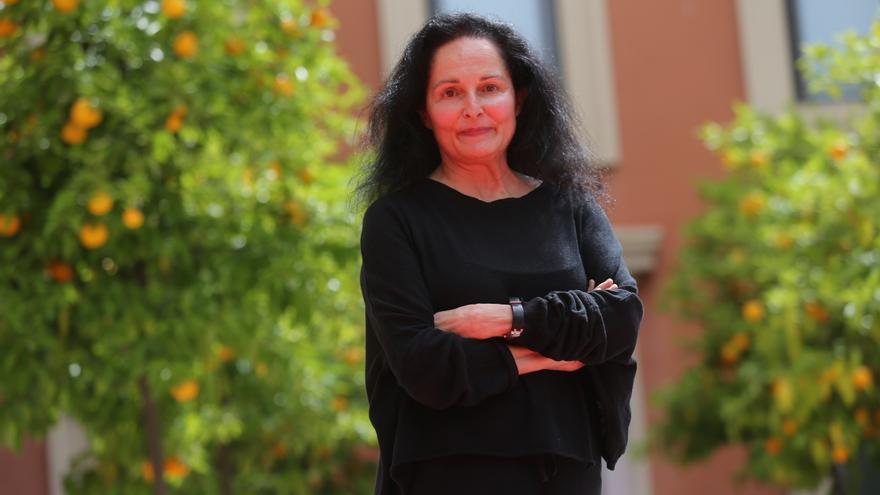 Isabel Munoz, National Photography Award Y awarded with two World Press Photo, has won the award PHotoESPAÑA 2021 for his career and his "look committed to the human being and the planet", when denouncing the difficulties, but always with an optimistic outlook.

The jury has described Muñoz as a "brave woman" who has investigated in her projects to extract the essence of the human being: from ethnic minorities to urban tribes or groups at risk of exclusion. "His commitment has taken him to the most remote corners of the planet, such as the bottom of the ocean.", has reviewed in a note.

He has also highlighted the ability of his photography to express movement with their projects around the human body and dance, "always trying to share their emotions and convey a message of hope."

The garden of the Parque Florido del Lázaro Galdiano hosts this Wednesday the awards ceremony and a session of night projections with a proposal conceived as an extension of the installation 'We are water', by Isabel Muñoz, which is exhibited in this museum in Madrid.

An image of the exhibition 'We are water', by Isabel Muñoz.

This Wednesday, in addition, the PHotoESPAÑA Special Prize will be awarded to Rosa Ros for your commitment to the "dissemination of current photography and its support for this medium", as the organization has communicated in a note.

Rosa Ros is the daughter of the photographer Bartolomé Ros and responsible for the discovery of her father's lost archive, its care and its enhancement. "A necessary example in a country that has often not paid the necessary attention to archives, which are a very valuable heritage of our culture."

At the event, the prizes will also be awarded to the Best Photography Book of the Year who has recognized 'Hayal & Hakikat: A Handbook of Forgiveness & A Handbook of Punishment', by Cemre Yesil Gönenli; 'Where the maps fold', by Juan Valbuena; SPIN, by Yusuke Takagi, and The Eriksay connection in the respective categories of international, national, self-published and editorial of the year.

The Festival OFF Award is for the Parra & Romero gallery with the exhibition 'Portraits', by Ugo Mulas.

The jury - made up of Juan Manuel Elizalde (Kells collection), Javier Astudillo (Astudillo collection) and Antonio Lobo (ETRA collection) - has recognized this gallery "for bringing the work of Ugo Mulas as a portraitist to the Spanish public".