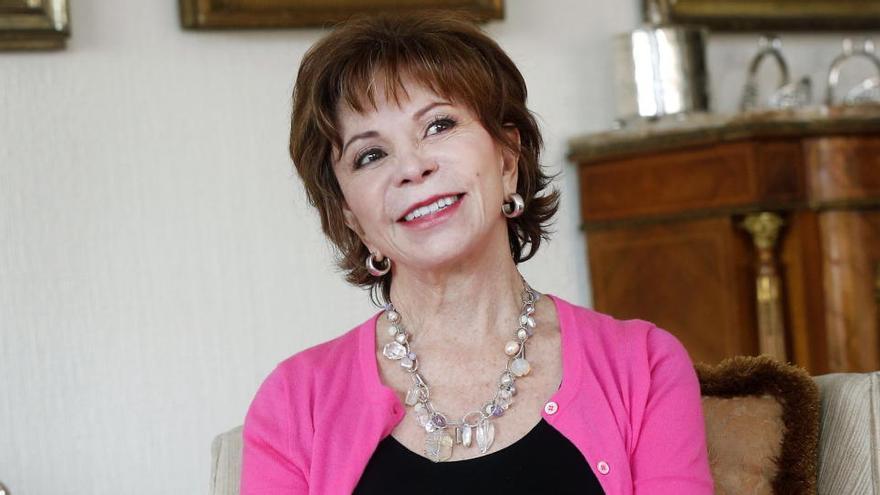 The Chilean writer and journalist Isabel Allende has been chosen Liber 2020 Award for the Most Outstanding Hispanic American Author, an award granted by the Federation of Publishers Guilds of Spain (FGEE).

With this award the Spanish publishers recognize "his long literary career and his effort to reach readers around the world and of all ages with different genres ranging from autobiography to fiction, and in which the description of important historical events is included, "according to a statement released today.

With more than 74 million books sold, Isabel Allende has become one of the most read authors in the world, with 24 works that have been translated into more than 42 languages ​​and have been critically acclaimed.

Worldwide recognition came to him in 1982 with the publication of his first novel, "La Casa de los Espíritus", which began as a farewell letter to his dying grandfather.

Since then, he has continued to attract readers with titles such as 'De amor y de sombra', 'Eva Luna', 'Daughter of fortune', 'Paula', 'The Japanese lover', 'Beyond winter' and, recently, 'Long petal of the sea'.

Daughter of Chilean diplomat Tomás Allende, cousin of Salvador Allende, President of Chile between 1970-1973 and Francisca Llona Barros, Isabel Allende was born in Lima in 1942, raised in Chile and obtained US citizenship in 1993.

He has more than 15 international honorary doctorates, including one from Harvard University (Boston). She has received the National Literature Award from Chile (2010) or the PEN Center Lifetime Achievement Award from the United States (2016), among many others.

In 2014, the then US president Barack Obama He was awarded the Presidential Medal of Freedom, and in 2018 he received the Medal of Honor from the United States National Book Award.

In addition to her work as a writer, Allende also dedicates much of his time to human rights. In 1996, she created the Isabel Allende Foundation, which aims to protect and empower the rights of women and girls in the world.

The award ceremony will take place on October 27 at Arts Santa Mónica, Barcelona, ​​within the framework of the Liber 2020 activities, which this year, due to the exceptional situation derived from the health crisis, will be held virtually.